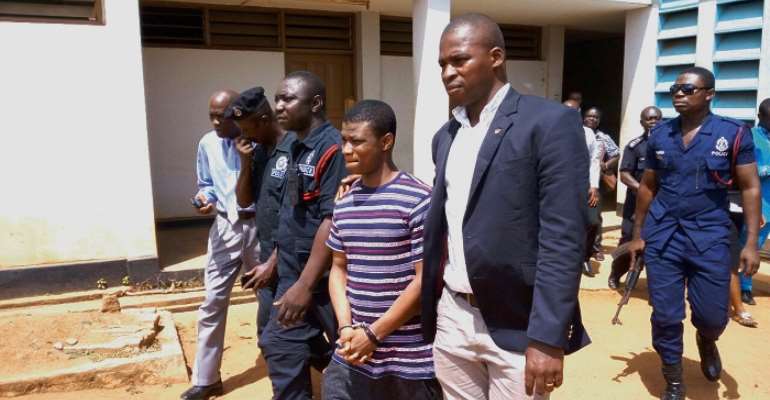 An Accra High Court has ruled that Daniel Asiedu, one of the suspects standing trial for his alleged involvement in the murder of the former Member of Parliament (MP) for Abuakwa North, J.B. Danquah Adu, is medically fit to continue his trial.

At Thursday's sitting, Mr Augustines Obuor, the defence counsel was expected to conclude his cross-examination of Dr Sammy Ohene, a Consultant Psychiatric of the Accra Psychiatric Hospital on his findings on Asiedu aka Sexy Dondon.

Dr Ohene after his medical examination had concluded the accused person was medically fit to stand trial but the defence objected to his findings.

This led to the calling of Dr Ohene into the witness box to be cross-examined on his findings on Asiedu.

When the case was called on Thursday, Mr Obuor told the state prosecutor, Mrs Sefakor Batsa, a Senior State Attorney that he had no further questions for the medical expert and also did not intend to address the court on the medical expert's report.

Mrs Batsa also did not re-examine the medical doctor over the defence's cross-examination of the medical expert.

The court presided over by Mr Justice George Buadi then discharged Dr Ohene and adopted his findings, saying the competence of the medical doctor had not been discredited neither on the procedures and evidence adduced by him.

The court officially handed over the medical folder of the accused person to the doctor saying because it was a confidential report hence it has to be handed over directly to him.

Asiedu is standing trial with Vincent Bossu for their alleged involvement in the murder of the late MP at his residence at Shaishie in the year 2016.

Asiedu has been charged with murder while Bossu is facing a charge of abetment to crime to wit murder and robbery.

The court has not taken the plea of the two suspects, who were lawfully remanded into prison custody.

Savannah: NADMO to clear buildings on waterways after heavy ...
5 minutes ago