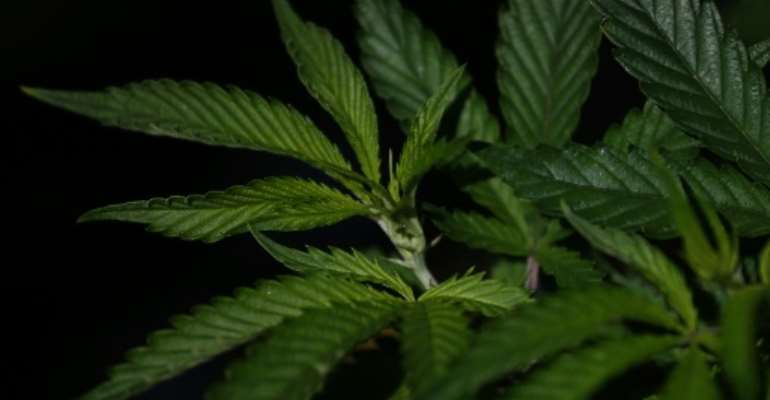 Most Senegalese farmers sell peanuts and vegetables, but in one hamlet lost in a mangrove swamp in the West African country's south, only one crop is commercially viable -- cannabis.

Kouba, a village deep in the mangroves of Casmance and inaccessible by road, teems with caiman crocodiles and rare birds.

Locals say no police officer has set foot there since the 1980s, and a recent crackdown on cannabis cultivation has passed them by.

"Ever since I was born, people have been cultivating cannabis," says Philippe Diaba.

"If you don't grow cannabis here, you can't get by."

The money is attractive in Senegal, where two in five people live below the poverty line.

Senegal seized 12.8 tonnes of cannabis or cannabis resin in 2017, a marked increase on hauls over previous years, according to the United Nations Office on Drugs and Crime (UNODC).

"Casamance is one of the regions in Senegal where the most cannabis is produced," an officer from the narcotics division of the Senegalese police, who declined to be named, told AFP.

Village women separate cannabis stalks by hand and leave them to dry on tin roofs, unafraid of the 10-year prison sentence marijuana cultivation carries in the former French colony.

They sort a recent harvest into bales for pickup by traffickers arriving by canoe.

"All these fields are reserved for hemp," he says.

Lacking other viable economic options such as tourism or conventional agriculture, the villagers have tended marijuana plantations in their lush backwater for decades.

"There is no road to market for vegetables, so we grow them only for our own food," Philippe Diaba said.

Kouba's 200 or so residents are secluded even within Casamance, a region already cut off from much of the north of Senegal by neighbouring The Gambia.

A separatist conflict simmering since the 1980s in the region has also provided cover for their activities.

But majority-Muslim Senegal is trying to clean up its reputation as a cannabis growers' paradise.

Sheikh Toure of the UNODC office in the capital Dakar said Senegal is one of the first West African countries to target cannabis traffickers.

"The repressive actions of recent years are sending a strong message to networks and producers," Toure said. 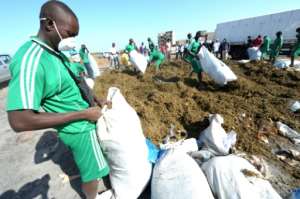 Philippe Diaba, who spoke to AFP while home in Kouba on holiday, said marijuana profits funded children's education in the village.

In a garage owned by his neighbour Ousmane, hundreds of kilos of market-ready product stand packed in brown bundles.

"It's worth millions of (CFA) francs," Philippe said, visibly uncomfortable amid the contraband.

While other African countries such as Zimbabwe and Lesotho have relaxed cannabis-growing restrictions or are considering doing so, Senegal is stepping up controls, according to the police.

Looking to tighten security along a key trafficking route, the government in Dakar agreed to strengthen border controls with The Gambia last year.

Authorities have also launched slash-and-burn sorties into parts of Casamance, where drug profits are suspected of funding separatists.

"Casamance is not beyond the law," said Matar Diop, comptroller general of the Senegalese police, told AFP.

"If illicit plantations are discovered they are destroyed by defence and security forces," he said.

Yet Kouba villagers operate in peace.

Victor Diatta, Kafountine's mayor, noted: "It is easy for law enforcement authorities (elsewhere in Casamance), but not in the (river) islands, which are difficult to reach."

Diatta said he would like to see Kouba develop legal industries, pointing to "enormous potential" in sectors such as tourism and fisheries.

But these need investment to take off, he said, and for the moment, growing cannabis is a question of survival.

"The lure of easy money has taken precedence over other considerations," Diatta said.