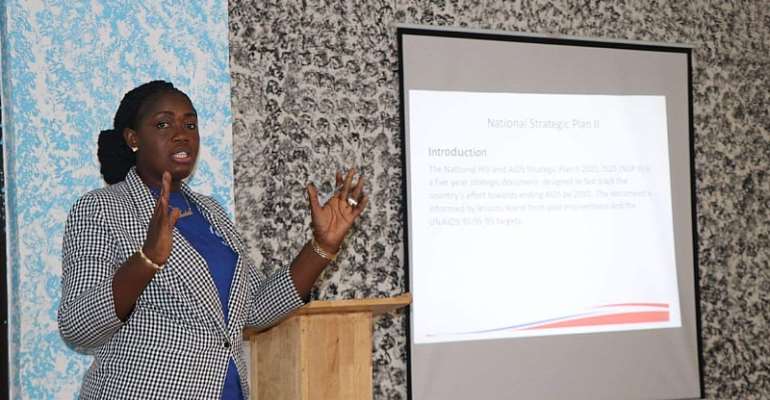 The National AIDS Commission of Liberia (NAC) is partnering with the Liberia Coordinating Mechanism (LCM), the Ministry of Health in holding community dialogue to identify priority areas that will allow Global Fund to combat HIV, Malaria, and TB in the country.

The dialogue is tied towards the identification of priority needs that requires funding from Global Fund.

The dialogue which started on January 6, 2020 and is expected to end on 26 of January brought together a host of experts from the health and social sectors. These experts are providing means through which HIV, malaria, and TB can be tackled.

Each region of the consultative dialogue brought together scores of individuals, including experts, and persons living with HIV to finding remedial approaches in the fight against HIV, Malaria, and TB.

The regional consultative prioritization country dialogue is geared towards the development of a joint funding request for TB, and HIV to be submitted to the Global Fund.

Global Fund is an international financing and partnership organization that aims to “attract, leverage and invest additional resources to end the epidemics of HIV/AIDS, tuberculosis and malaria to support attainment of the Sustainable Development Goals established by the United Nations.

In her presentation, the Chairperson of the National AIDS Commission Madam Theodosia Slewion Kolee rolled out a number of strategies that are intended to combat HIV.

Commissioner Kolee noted that the National Strategic HIV and AIDS Plan is a five-year program designed to fast track the country's efforts in ending the virus by 2030.

Madam Kolee stressed that the document is informed by past interventions of UNAIDs.

focuses on ensuring healthy lives and promoting wellbeing for all at all ages.

"The NSP II 2021-2025 is being developed through a multi-sectoral consultative process which commenced with mid term review of the National Catch Up Plan, the recommendations of which informed the direction of this current Strategic Plan" she added.

According to Commissioner Kolee, the objective of the NSP II 2021-2025 is to fast-track efforts towards the prevention of new HIV infections and AIDS related deaths, as well as to emphasize treatment, care and support interventions by 2025.

Madam Kolee disclosed that the National Strategic Plan II (NSP II) will succeed the current NSP and Catch Up Plan, which is expected to expire in 2020.

"NSP II will serve as the new guiding tool for the implementation of the national HIV response in Liberia" the Chairperson of the National Commissioner Averred.

She indicated in her presentation that the NSP Development Process outlines several strategies including: the Formation of the writing team, Planning and stakeholders meeting development, formation of Thematic TWG, data and information collection, collation and analysis, stakeholders validation workshop, alignment to UNAIDS Fast Track targets, prevention of new HIV infection- reduced by 95% by 2030, test and treat 95-95-95 by 2030, reduce HIV stigma & discrimination by 95% by 2030, Gender and HIV, Social Protection considerations, differentiated approach- who, where and what- evidence based, targets are ambitious and time bound, responsibilities and accountability for contribution to target multisectoral.

Madam Kolee mentioned that some of the strategies contained in the five year plan include Increased Community participation with CSOs involvement, strengthened coordination of stakeholders and governance of the national response, National AIDS Commission, NSP II the vision of the NSP II is aligned within the overall Global vision which is aimed at eliminating HIV and AIDS as a public health threat by 2030 as well as achieving 93-93-93 by 2025 with focus Intervention on prevention of New HIV Infection, test and Treatment.

I've never seen a male goat or cow running after another mal...
30 minutes ago