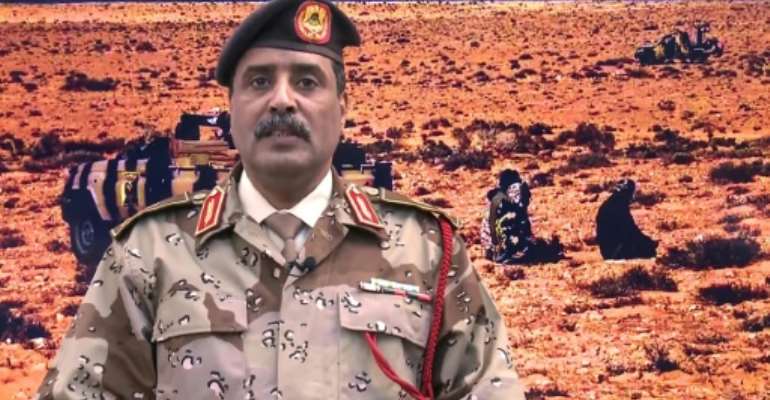 Eastern Libyan strongman Khalifa Haftar late Thursday rejected calls for a ceasefire by Turkey and Russia and announced a continuation of his military operations against a UN-recognised government.

In a statement read by his spokesman Ahmad al-Mesmari, Haftar claimed that a revival of the political process and the country's stability could only be assured by the "eradication of terrorist groups" and the dissolution of militia controlling Tripoli.

Haftar's forces in April launched an offensive against the capital, seat of the UN-recognised Government of National Accord.

Turkish President Recep Tayyip Erdogan and his Russian counterpart Vladimir Putin issued their call for a truce on Wednesday in Istanbul.

Turkey supports the GNA while Russia is accused of supporting Haftar.

Haftar "hailed... President Vladimir Putin's initiative" in his statement Thursday, but stressed that the "efforts of the armed forces in the war against terrorists" would continue.

"These groups have seized the capital and received the support of some countries and governments who supply them with military equipment, ammunition... and drones," he said.

"These countries also send terrorists all over the world to fight (Haftar's) armed forces," he added.

Haftar was referring to Turkey, which has recently sent some troops to shore up the GNA, while he also accused Ankara of sending pro-Turkish Syrian fighters to Libya.