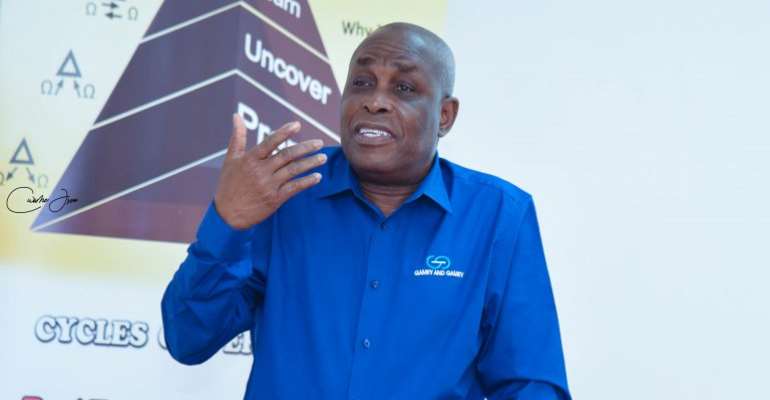 Labour analyst, Austin Gamey says the impasse between Senior Administrators and teachers of technical universities and the government could have been better managed with proper communication.

The Technical University Teachers Association of Ghana (TUTAG) embarked on a strike over government's failure to pay allowances due members following the conversion of polytechnics to technical universities.

Austin Gamey believes if the government had properly communicated to the associations, a payment schedule, the strike would have been averted.

“It may be that they don't have all the money to make the payments, it is not a big issue. You cannot pay what you don't have immediately. Call for a meeting, arrange a new payment plan, pay what you can afford to pay now, they will appreciate it and go back to work because the teachers will not want to perpetually be on strike, they are not a happy group of people doing that,” he said.

The Technical University Senior Administrators Association of Ghana (TUSAAG) and TUTAG are currently on strike in protest of the non-payment of allowances due their members following the conversion of polytechnics to technical universities.

According to TUSAAG , the amount received by its members in December 2019 is below allowances paid to colleagues in other public universities who hold similar positions as lecturers.

The leaders of TUSAAG have vowed not to call off the strike till the government complies with the National Labour Commission's (NLC) ruling to pay their members the agreed allowances.

The ongoing strike by TUTAG comes as a repetition of similar ones they embarked on in October and December 2019.

Their strike in October was even joined by members of the Technical Universities Administrators Association of Ghana (TUAAG) who were also demanding full benefits of migration onto the public universities' salary structure.

On December 27, 2019, the Association declared an immediate resumption of its suspended strike after initially calling off the strike started in October.

But the December 27 strike was called off after about six hours, only to be started again this year.

According to them, the government has “refused to fully comply” with the ruling by the National Labour Commission (NLC) to ensure that members of the association started receiving allowances due them from December 2019, January 2020 and February 2020.

They have also vowed to only call off the strike “upon the fulfilment of the National Labour Commission ruling on the 28th of October 2019”.