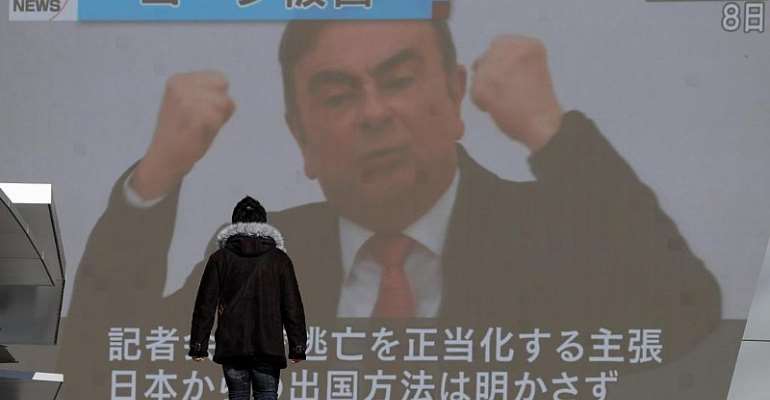 The daring escape of the former Renault-Nissan chief from Japan has thrust the Japanese legal system into the spotlight following his first public appearance.

Carlos Ghosn slammed everything from the country's high conviction rate to the conditions he faced during the 130 days of pre-trial detention.

Japanese officials have responded to some of his criticism, but in a blog article posted by his lawyer in Japan, Takashi Takano, Ghosn said there are inherent problems with the current system.

One main question asked by Ghosn to his lawyer on numerous occasions was 'can we expect a fair trial?'

“Unfortunately, criminal defendants cannot expect [a] fair trial in this country. Judges are not independent. They are part of the bureaucracy. However, many Japanese are unaware of this. You have been unaware too. You've worked as a CEO of a Japanese giant for twenty years and you didn't know anything about the realities of Japanese justice.”

Conviction rates
According to Ghosn, one main issue was its 99 percent rate of convictions; a figure many prosecutors world-wide might find enviable.

Justice Minister Masako Mori responded to Ghosn by explaining prosecutors “only indict a suspect where there is a high likelihood of a court's conviction based on sufficient evidence, so as to avoid an innocent person [having] to suffer.”

Both he and his legal team referred to such extended detention as “hostage justice” arguing it was nothing more than a strategy by prosecutors to break his will and force him to confess to financial misconduct charges.

But Japanese prosecutors explained that they felt Ghosn was a high flight risk, which is why they fought hard to keep him behind bars.

Added to that was the interrogation he experienced at the Tokyo Detention House in Kosuge.

Ghosn said he was interrogated around the clock without his lawyer.

“Terrorists, thieves, politicians, and charismatic business executives are all detained for 23 days if arrested. And they continue to be interrogated five or six hours a day, sometimes overnight, without the presence of a lawyer. If they do not confess their sins, they can be detained endlessly. Everyone believes that Japan is a civilized country with guaranteed human rights,” notes Takano in his blog.

In a new agency article, officials defended the rules governing interrogations, adding the process is videotaped and suspects can refuse to answer questions. Those in detention also have the right to meet their lawyers outside of interrogations.

He won bail for a second time, but with the understanding that his home would be under surveillance, access to the internet would only be at his lawyer's office, and restrictions in place on contact with his wife.

Ghosn said in particular the restriction to access to his wife was done to “break” him and that his decision to flee was motivated in large part by the rule.