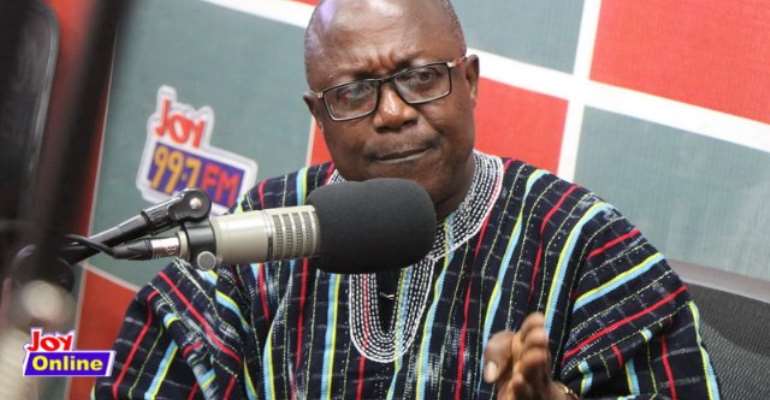 Executive Secretary of the National Identification Authority (NIA) Professor Kenneth Attafuah, has denied allegations that both the recruitment and execution of the national identification programme currently ongoing, is politically angled.

Answering questions from the public on the Super Morning Show Joy FM Thursday, concerning the ongoing Ghana Card registration exercise, Professor Attafuah denied claims that the recruitment of NIA personnel was based on party lines.

Some callers to the show had attributed the poor execution of the exercise to personnel whom they believed belonged to the governing New Patriotic Party, thus the lackadaisical attitude of authorities to adequately crack the whip when they misbehave.

However, Prof. Attafuah said the mode of recruitment prevented any chance for people to be hired based on party affiliations.

“When we started this process, we advertised we wanted 2,500 people. We got over 278,000 applications by email, by hardcopy and all of that. We’ve been calling this pool of people and have been calling them to come for training and using them. And I don’t know the political background of these people who applied.”

He made reference to current happenings in the Ashanti region concerning the Ghana Card registration where some personnel who had misbehaved were being dealt with, to demonstrate the NIA’s unbiased stance towards the governing party and its stronghold.

“If it were so, their being NPP or being in Kumasi has not stopped me or the NIA from taking appropriate actions against them,” he said.

He also explained that the Ashanti region receiving all of the registration machines thus leading to more registration sites being opened, was mere coincidence.

“When we started we needed 2500 machines, we had only 1050. Over time, the government scaled up to meet its conditions precedent and therefore, we got the capacity.”

He reiterated his commitment to doing an unbiased job for the fruitful outcome of the Ghana card registration.

“I am politically appointed but the performance of my duty is not politically angled, we’re doing an honest job,” he said.