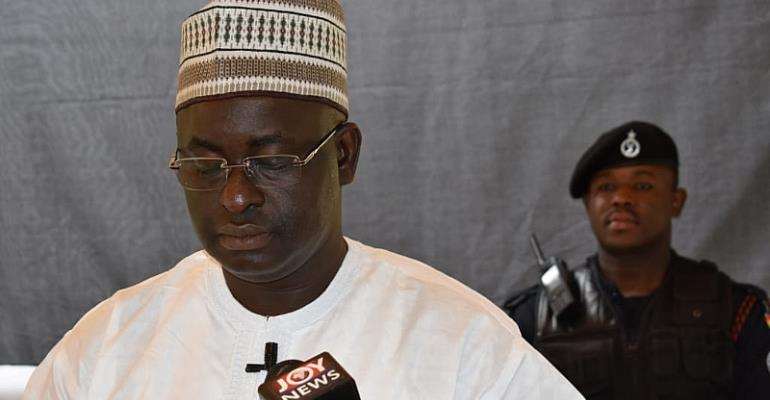 The Upper West Regional Minister, Dr Hafiz Bin Salih, has revealed that plans were far advance to provide better support services for medical doctors and other critical health workers who accept posting to the region.

He said he had held series of discussions with Municipal and District Chief Executives (MDAs) on how MDAs could improve their support services including accommodation and allowances to those staff posted to their respective jurisdictions.

Dr Bin Salih revealed this when a team from the Ghana Health Service, led by its Acting Director-General, Dr Patrick Kumah Aboagye, called on him in Wa on Wednesday.

The team was in the region to join the Regional Minister and other stakeholders to officially open and commence clinical services at the New Regional Hospital to provide quality health care services to the people in the region and beyond.

He said health personnel, particularly medical doctors were in short supply in the region and appealed to the Ag Director-General to use his good office to bring more doctors to the region.

The Regional Minister noted that the New Regional Hospital required not less than 30 medical doctors but that the number at the facility currently was less than ten.

He was however, happy that the facility would be opened to the public for clinical service provision to begin.

“Ever since it (New Regional Hospital) was commissioned we haven't been at peace because the expectation of the people was that soon after commissioning, clinical service would have been activated.

But from where I am sitting I know after the commissioning, a lot of things have to happen be for the start of clinical services, but because the people were in dire need of that critical health facility the pressure was on us”, he explained

Dr Bin Salih also presented a committee report on alleged negligence at the then Upper West Regional Hospital which led to the death of a two-year-old boy who sustained snake bite but was denied health care due to the closure of the folder room, to the GHS for implementation of the recommendations.

The Ag Director-General of the GHS, Dr. Dr Patrick Kumah Aboagye commended the committee for completing its investigation and making recommendations.

He gave the assurance that they would study the report and take the necessary action as recommended.