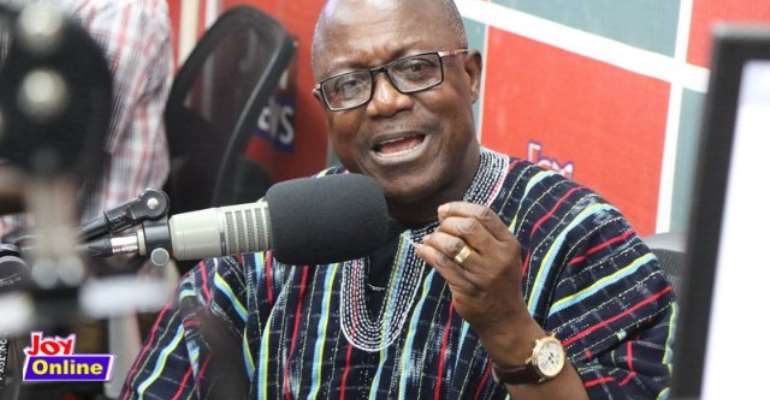 Ken Attafuah says the registration in the Ashanti Region has been one of pain and difficulty.

Executive Secretary of the National Identification Authority, Professor Ken Attafuah has described the Volta as the most cooperative region throughout the Ghana card registration exercise.

He praised the comportment of both NIA personnel and indigenes during the process.

"Volta region was our best experience, queues were orderly, the elderly were respected and taken care of. By and large, the beautiful people were respecting themselves and doing the right thing,” Prof. Attafuah said.

He made these comments on Joy FM’s Super Morning Show, Thursday, during a discussion on the widespread reports of challenges and criminalities that have characterised the Ghana Card registration process.

In the Ashanti region, for instance, h e described the registration as “the greatest pain, the greatest difficulty.”

“Expanded personnel size, trained and experienced over time – you know, going through every region and all that building experience – and we made the requisite arrangements that should have ensured a much easier process…unfortunately, the conduct of some of our staff has severely undermined public credence, public confidence in the activity that should, otherwise, have been a pleasant one,” he said.

However, he explained why all of the personnel at some centres were not immediately fired on the spot for misbehaviours such as lateness.

“You cannot fire all these people at the same time because you’ll be collapsing the work and you have trained them with tax payer’s money,” he stated.

Originally, Ghanaians aged 15 and above are being taken through the registration process to receive the Ghana cards.

Nonetheless, the Executive Secretary revealed that people who are below that age range will later be registered after the main exercise ends in March this year.

The Ghana Card is a national identity card that is issued to Ghanaian citizens – both resident and non-resident, and legally and permanently resident foreign nationals. It serves as proof of identity, citizenship and residence of the holder.

The current version is in ID1 format and biometric and can be used for voter registration.

The mass registration of the Ghana Card began on a regional basis in April 2019 and is expected to continue until all regions are covered.

So far, over three million people have been registered for the Ghana card.