8 Reasons Why 7th January Should Not Be Our Republic Day 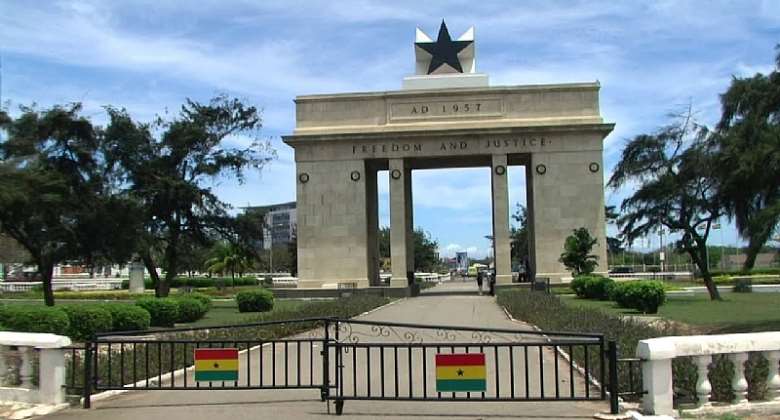 As citizens and not spectators, we are obliged to offer a helping hand to the Akuffo Addo led administration. It is in this spirit that I present an evaluation of the decision of government to recognize 7th January as 'republic day' so that as the first lawyer to be president of Ghana, he will not regret for the rest of his life for this unmeritorious policy. It is a prerequisite that we reflect on the historical contradictions that existed among the Nkrumahist forces, the Rawlings camp and the Busia -Danquah intellectuals. While the political battles in Ghana took a different dynamic with the elimination of the CPP and its sudden bans, the military forces led by Rawlings and the now NPP elites led by Aduboahene struggled to seize political power. Rawlings bullied his way through with arms and the former were left to agitate in hideout because of the growing viciousness of the Rawlings PNDC administration. The question we must respond is, what compelled the current NPP administration to recognize 7th January as Republic day?the day the 1992 constitution came into enforcement. The NPP opposed the constitution for undemocratic procedures and the continuing tensions to allow Kuffour to rule this nation had to be resolved by the Otumfour himself. For all we know , the Addo family and Rawlings family are now united by marriage. President Akuffo Addo has also made open attempts to show their positive relationship by appointing Rawlings as his sanitation ambassador. Did men and women die for Aduboahene's cause for this? Did Aduboahene and his colleges bitterly fight the dictatorship of Rawlings only for their successor to add momentum to the legacy of the 'enemy camp' or it was all about political power and not a democracy? We cannot argue that President Akuffo Addo has abandoned the Busia-Danquah tradition for he has rather elevated them to the status of founders of Ghana even while history proves otherwise. There is therefore a new phenomenon, a coalition between the military and the Danquah intellectuals to redistribute the hero legacy of Ghana to appease both camps. As a strategy to ensure that 4th August is recognized and meet lesser opposition ,7th January had to be given it place. If this reasonable analysis suffice as motivation for the recognition of 7th January; a policy that has nothing to offer the NPP in 2020 elections then we will be better citizens to resist as it constitutes opportunism. But this is a mere analysis,let us dive into the evaluation.

1st July 1960 was the turning point in our history as Ghanaians. It was on this date that for the first time, the laws governing the state spring from the sovereign will of the people of Ghana. The fight for the republic was completed when the imperialism of Britain was completely broken and the constitution was drafted by an elected body by the people and not proclamation by a monarch or elites nor military junta. The military violence that occasionally distracted the republic (sovereignty of the people) did not undo the original sovereignty of the people of this land. When we speak of the fourth republic, we implicitly recognise the first republic for there was first before fourth. Thus if republic day recognition will be based on the latest constitution instead of the moment we achieved sovereignty then we will be rotating republic day when a new constitution arrive, which is likely to.

3. Rawlings did not save the nation, he unnecessarily intervened and recked it.

Apart from the fact that Rawlings has no economic legacy, his corruption-free campaign did not materialize. Corruption is not limited to politicians but the immigration, judges, police and even referees, thanks to Anas' exposé. So to what extent did the executions help? The same offense he committed himself, his corruption was not limited to selling state enterprises to family members but even beyond Ghana, he sold truth and integrity to defend Abacha of Nigeria. Under his watch, three Judges of the supreme court were murdered, such respect for rule of law is overwhelming. At the time of Rawlings' intervention, the SMC2 was in the process of democratic transition when he intruded only to prolong the elections. As that was not enough, Rawlings; having the military at his disposal, went against the popular will of the people expressed in the election of Hilla Liman;62% victory, by overthrowing Liman's administration in 1981 he went against majority rule.

4. Rawlings disregarded the sovereignty of the people

Flight lieutenant Rawlings suspended the 1979 constitution, one he supervised to come into enforcement. After the election and popular expression ,he suspended the constitution and ruled as a military dictator for eleven years. He distracted the republic for the longest years in Ghana's history. In the history of Ghana Rawlings is the longest dictator who ruled the nation without a constitution nor popular mandate.what prevented Rawlings from contest Liman in elections, if he was indeed man of the people then.

6.
The 1992 constitution did not spring from Ghanaians

The 1992 constitution is a body of laws governing this state but does not come from the sovereign will of the people of Ghana. Without sovereignty of the people, there is no republic. The PNDC military supervised the making of the 1992 constitution. Without any popular mandate, they appointed individuals like S.K.B Asante and Afari Gyan to form a committee of experts for drafting of the constitution. To make matters worse, instead of organizing elections to elect the body that will form a constituent assembly to scrutinize the presented draft,the PNDC formed a consultative assembly based on appointment( PNDC L253).The consultative assembly led by the PNDC wing (national association for the defense of the revolution) and some fish mongers, carpenters and chaired by Chiana Pio . These pro PNDC appointees approved the draft

.If Rawlings respected popular rule,why did he refuse to subject the scrutiny of the drafted 'constitution' to an elected body.

7. Ghanaians were coerce to accept the 1992 constitution.

Did Ghanaians have a choice on the 28 april 1992 referendum. What we do know was that, this was the first time Rawlings submitted to the people a matter to decide. Rawlings had viciously ruled the nation with iron fist for eleven years without laws nor mandate. He then presented a sub-standard constitution that at least define the means of exit. Ghanaians had to decide whether to remain under the military junta or agree to a substandard constitution. The voter's turnout was 48% but at least the yes vote carried the day. All other groups and movements campaign for no vote except the PNDC.Since the power of Rawlings superseded that of the people he had to sign the constitution before it becomes law, thus he decreed the constitution as chairman of a military junta on 8 May 1992 after the referendum. In fact, the 1992 constitution was decreed by PNDCL 282(The promulgation decree).where is the Republic constitution?

8. The 1992 constitution makes Rawlings sovereign instead of people. The 1992 constitution does not respect equality before the law. If we wish to misplace the day we recognise our sovereignty as a people (republic) must it be based on a day the constitution that does not respect the equality before the law was enforced? The republic existed so long as the people had superior power and the laws governing the land springs from them. So long as the majority rule other than monarchs, oligarchs, or military junta. The indemnity clause in the 1992 constitution put Rawlings above Ghana. It places Rawlings and his fellows PNDC and AFRC men above the laws of Ghana. The indemnity clause makes Rawlings untouchable. This clause entrenches the sovereignty of Rawlings for he cannot be tried in any Court in Ghana for his actions. By this provision, sovereignty resides in Rawlings not the people of Ghana. Did Rawlings secure the republic or himself?

These are the critical issues surrounding the 7th January we wish to celebrate. The Only lawyer who have occupy the highest office of the Land either proves he values being viewed as mediocre in his profession when it comes to rule of law and democracy by maintaining this policy or instead of a man with integrity who will do the right thing not for political score by even removing the indemnity clause or calling for a new constitution. God bless our home land Ghana.