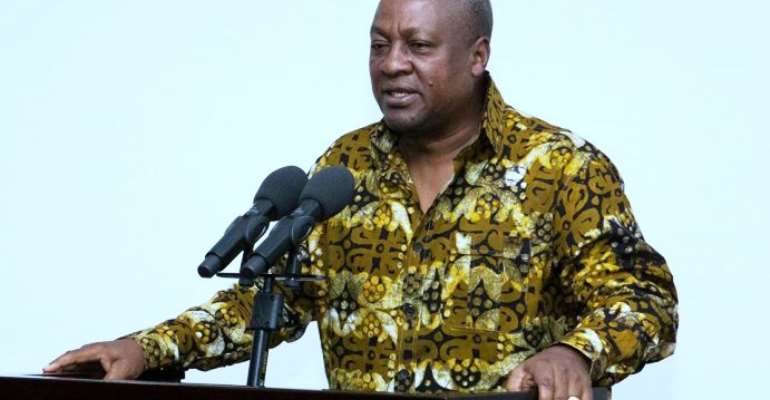 Nana Obiri-Boahen is smack-on-target to remind Candidate John Dramani Mahama that more election-related violence occurred under his four-and-half-year tenure than under the watch of any other Ghanaian leader in our beloved country’s Fourth Republic. Thus, the 2020 Presidential Candidate of the main opposition National Democratic Congress (NDC) has absolutely no moral credibility – the man is actually morally retarded – to cavalierly presume to either lecture or caution President Addo Dankwa Akufo-Addo on election-related violence in the leadup to the December 7, 2020 general election (See “Akufo-Addo Doesn’t Need Your Advice on Elections – NPP Fires [Back at] Mahama” News Desk – Modernghana.com 1/8/20).

He may have so soon forgotten how he personally instigated party hawks like Anita D’Souza to literally mow down voters in the Atiwa-Atweredu Constituency in the Akyem-Kwabeng District of the Eastern Region with her chauffeur-driven car, so somebody ought to remind him about the same. Then there was the brutal siccing of the NDC-sponsored infamous Azorka Boys militia thugs on supporters and electoral sympathizers of the NPP at Talensi, in the Upper-East Region. And then there were the election-related incidents of violence at Akyem-Akwatia, in the Eastern Region, and Wassa-Amenfi, in the Western Region; there may be a half-dozen others that escape my memory at this time. At any rate, in the Talensi incident, Mr. Mark Woyongo, the Mahama-appointed Interior Minister at the time, heartily celebrated the savage mauling of supporters and sympathizers of the then main opposition and Akufo-Addo-led New Patriotic Party (NPP), and even promised more of such violent incidents to come as the country headed towards the December 7, 2016 general election.

This, in essence, is the insufferably violent political track-record of Candidate John Dramani Mahama. In the Ayawaso-West Wuogon byelection-related violence, which occurred exactly one year ago, for example, it was a former Mahama Presidential Staffer who today is the National Democratic Congress’ Member of Parliament for the Ningo-Prampram Constituency, in the Greater-Accra Region, by the name of Samuel George Nartey, who had led the onslaught by some two dozen National Democratic Congress-sponsored thugs on motorbikes, criminally dressed in the same uniform colors as agents from the National Security Agency (NSA), against the wise advice of Dr. Alfred Oko Vanderpuije, the Atta-Mills-appointed former mayor of Accra. The obvious tack or objective here was to intimidate the voters of this heavily NPP constituency to stay away from the polling stations in order to ensure that the Akan-name-carrying Trokosi Nationalist Candidate snatched the seat that had been rendered vacant by the tragic passing of Mr. Emmanuel Kyeremateng Agarko from one of the latter’s widows who was vying for the same.

The stark fact of the matter is that Little Dramani thrives on human blood like Dracula, who may really be his direct ancestor or progenitor. For instance, all Ghanaians witnessed the inexcusably scandalous and criminal removal of Dr. George Akufo-Dampare, the Commissioner of Police (COP) and lead investigator of the bedroom-stabbing assassination of Mr. Joseph Boakye Danquah-Adu from the case, just when it reportedly became apparent that the sponsor of this clearly established act of contract killing was an operative inside the Mahama Jubilee-Flagstaff House. And when then-Candidate Akufo-Addo demanded to be updated about the cold-calculated point-blank assassination of Mr. Peter Kenyenso, a Mahama appointee and extant District Chief Executive Officer for the Nkwanta-South Constituency, in present-day Oti Region, Dr. Edward Kofi Omane-Boamah, the notorious Atta-Mills-inspired scofflaw and Mahama-appointed Communications Minister, literally told the leader of the then main opposition New Patriotic Party, the now-President Akufo-Addo, to literally go to hell.

I really don’t suppose that Mr. “Boot-for-Boot” Mahama wants to ignite a quarrel that he has absolutely no chance of winning in the runup to the 2020 Presidential Election.