Why Many Ghanaians Have Lost Confidence In Akufo Addo 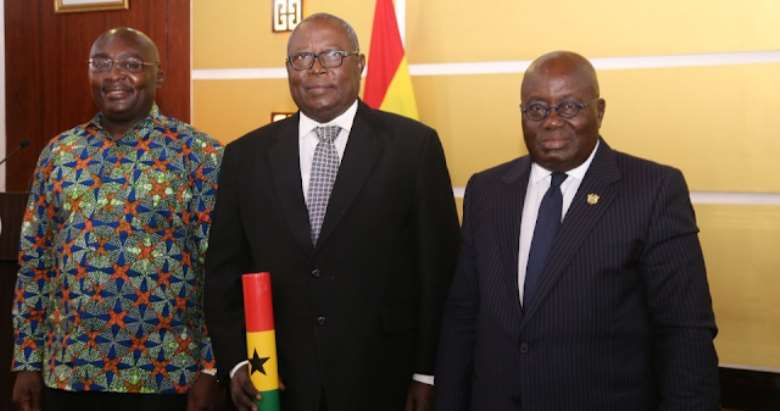 A politician who cares about the concerns of his fellow citizens, as well as his career, must find ways to keep inflation and unemployment to a minimum but that’s not the current situation in Ghana.

The country is facing one of the difficult periods, economically and politically, similarly to the military era under John Jerry Rawlings.

I am neither a political scientist nor a sociologist, just a simple writer, who has taken time to observe the current political landscape in Ghana.

What I seem to see is that that the living standard of the common Ghanaians will be much tougher to the extent that many will be frustrated.

In August 2019, the Minister of Employment and Labour Relations, Ignatius Baffuor Awuah, during his turn at the Meet the Press, said Ghana’s unemployment rate stands at 3.7 percent. According to him 422,000 Ghanaians unemployed, 417,000 others not searching.

In fact, the unemployment rate information was suppressed by the minister because the rate was higher than what he revealed. Ghana’s unemployment rate for 2018 was 6.71%, a 0.08% increase from 2017. This accurate figure was released by ‘Macrotrends.’

Things could have been a little better if Ghanaians are one but the fact that corruption scandals are swept under the carpet, the truth is suppressed to favour the ruling government, fake news are winning at home, as many Ghanaians being indignant on social media.

In December 2016, during an interview with BBC’s Akwasi Sarpong, Akufo Addo told the reporter how he wants to make Ghana great, including tackling the issues of corruption.

"As a matter of principle, we have decided to take the politics out of it, so that screams of witch-hunting don't arise, by establishing an office of a special prosecutor," said Akufo Addo.

As it goes, it is easier said than done. Ghana is now riddled with bullets of corruption.

Since Akufo Addo is corrupt and managed to free himself from the corruption scandal involving him and Nyanatakyi, he has refused to deal with any of his ministers or government officials in the middle of corruption accusation.

In fact, the Special Prosecutor, Mr. Martin Amidu was appointed for nothing. He was appointed by Akufo Addo to deceive Ghanaians that he really wants to fight corruption in the country.

The man is trying to do a good job but one can easily see that something is hampering his efforts. Like an electronic device regulated by remote control, Akufo Addo controls Mr. Amidu to avoid coming out with the truth.

And to remind Ghanaians with a short memory, Akufo Addo told BBC’s Akwasi Sarpong that he is not interested in witch-hunting. How can such a government be successful, intelligent Ghanaians, if he hates to investigate corruption scandals?

This is one of the reasons Ghana is rapidly deteriorating with over 123 ministers and a leader who claims to be a lawyer, yet Ghana’s judiciary system is one of the weakest and corruptible systems in the world.

As a matter of fact, the NPP government is enjoying the hate and insults against Mahama or the NDC but those without vision will soon see what the effect of hate is when Akufo Addo wins the 2020 elections.

How can a leader neglect uncompleted projects of the former government and call himself a good leader? This can never happen in any developed world unless Ghana.

If Akufo Addo is an intelligent leader, he must acknowledge the fact that those projects are for Ghanaians not for the NDC or Mahama.

This is an abominable thing Akufo did, yet Ghanaians have given him such massive support, a piece of evidence that many Ghanaians are truly frustrated and fed up with John Mahama.

But here we are in Ghana, a rich country with pumpkin head politicians who don’t know what to do to save the poor Ghanaians.

If Ghanaians don’t want NDC, then they must consider voting for any of the emerged political parties because Akufo Addo is not a good leader, I am too confident to say this.

In a democracy, the election results are always influenced by the state of the economy and by the electorate's judgment on the competence of the government and on economic issues.

Therefore, with this kind of Ghana’s deteriorated economy, laced with the collapse of banking institutions and the high rate of unemployment, Akufo Addo is a failure. Time will tell.

Increase farm gate price of cocoa to GHS1k per bag for farme...
32 minutes ago