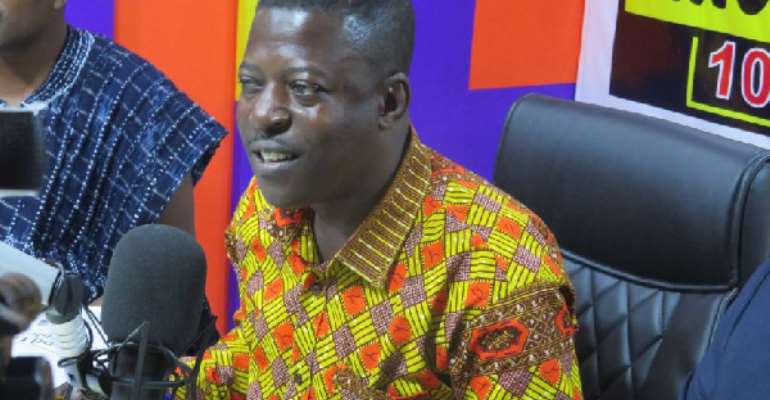 The Member of Parliament for Bantama Daniel Okyem Aboagye who has been mocked for kneeling before the Ashanti regional chairman of the NPP Chairman Wontumi has justified his actions.

The MP at a meeting with the constituency, polling station executives and the electoral area coordinators reportedly knelt down before Bernard Antwi-Boasiako, otherwise known as Chairman Wontumi, to declare his constituency as one of the areas where parliamentary primaries should not be held.

The action comes in the wake of claims by chairman Wontumi that he would prevent a challenge to some sitting MPs in the Ashanti region as the party prepares to hold primaries in constituencies where the party has sitting MPs.

Speaking to Starr News over the action, the legislator said President Akufo-Addo while seeking power begged Ghanaians so there is nothing wrong with him kneeling and asking for more years in parliament.

“The chairman knelt down and begged them to give president Akufo-Addo four more years.

“The president when he was coming to power, he begged Ghanaians for the power so if I also do it, there is nothing wrong with it. I asked them to consider me for four more years,” he told Starr News.

The Bantama MP, is uncomfortable with the prospects Francis Asenso Boakye, the Deputy Chief of Staff, contesting in the Bantama parliamentary primary when nominations are opened.

It is believed that his plea is to prevent the Deputy Chief of Staff contesting him in the primaries slated for the end of April, 2020.