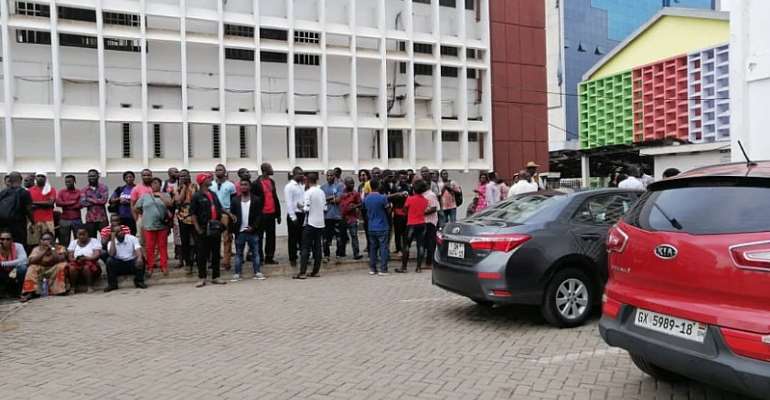 The about100 Menzgold customers who were arrested at the home of the CEO of the company Nana Appiah Mensah aka NAM1 will be arraigned before court today, the Greater Accra regional Police PRO ASP Afia Tengey has told Starr News.

Scores of customers on Wednesday stormed the Accra residence of the CEO of the company over their locked up investment.

The customers who claim gunshots were fired from the home of the embattled CEO are demanding proof that payments of the locked-up investment have begun as claimed by NAM 1, as Mr. Appiah Mensah is popularly known.

The aggrieved customers are begging President Akufo-Addo to rescind on his earlier decision not to intervene in the matter.

In a much-awaited payment schedule in December, the company said customers who did not receive any interest on their investment from the start of contract will be the first to be paid beginning Friday, December 27.