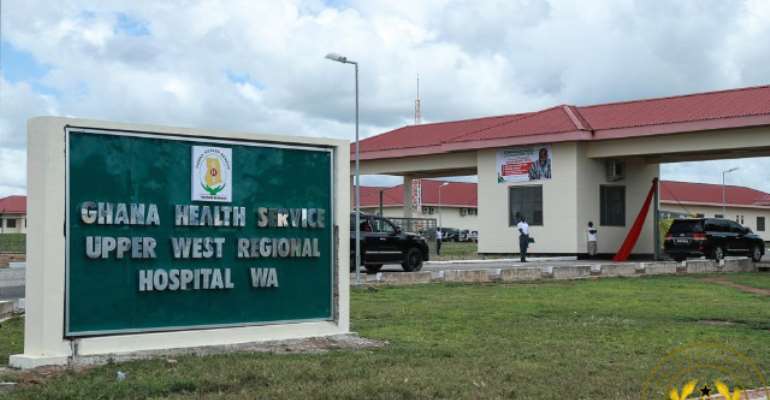 The 160-bed capacity Upper West Regional Hospital is expected to be opened to the public today [Thursday, January 9, 2020] after several months of delay.

The US$ 52 million facility, although commissioned by President Akufo-Addo at an elaborate ceremony in August 2019, has since not been operationalized.

The Health Minister in an earlier interview told Citi News that the delays were due to faulty electrical engineering a situation that has since been resolved.

Residents have on many different occasions expressed frustration over the inconvenience caused by the closure of the facility. But the sector Minister, Kwaku Agyeman-Manu says the wait will be over today [Thursday].

“Last week the regional director called me that they are ready and they are putting in staff and they want us to come and see the very day they start working. I'm sending my Deputy Minister to do that assignment for me…They are doing it on Thursday. So on Thursday morning if anyone visits Wa you will see a lot of action,” it said.

The hospital is among the tall list of abandoned health facilities in the country Citi FM/OccupyGhana petitioned the presidency about in 2018.

The presidency in response to the petition in August 2018 gave the assurance that the hospital, which was then at the 89 percent completion level, will be completed in October 2018.

After missing that deadline, the government subsequently in 2019 announced new deadlines for all the projects.

The Minister for Health, Kwaku Agyemang Manu at the Health Ministry’s Meet-the-Press session in 2019 said the Upper West Regional hospital will be completed in July 2019.

Akufo-Addo commissioned it in August 2019 but it was not put to immediate use.