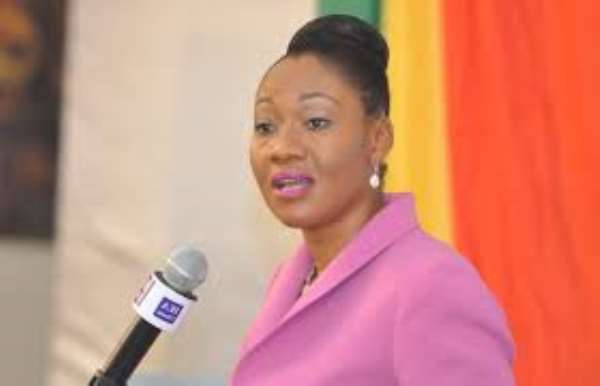 Community Focus Foundation Ghana (CFF-GH) wishes to express its displeasure about the response supposedly made by the Electoral Commission's Deputy Commissioner in charge of operations, Mr. Samuel Tetteh that despite the public outcry and genuine concerns raised by Ghanaians including some political parties who undeniably are key stakeholders of the electoral process, the EC will go ahead with the compilation with the controversial new register whether the country support it or not.

CFF-GH considers the said statement allegedly made by the EC very unfortunate and insulting, to say the least.

We want to put on record that the EC as an independent state institution cannot operate in isolation.

For the avoidance of doubt, the same constitution the EC is riding on also mandates it to serve the paramount interest of the Ghanaian people.

Mr. Samuel Tetteh, however, needs to be reminded that no matter how insulated the EC is by the constitution, one will expect the election management body to be seen closely engaging its traditional stakeholders especially the political parties broadly in the spirit of participatory decision making.

It is worth noting that the entrenched position seemed to have been taken on the proposed new register by the EC, the referee in Ghana's elections can ring alarm bell of suspicions among the political players which has the potency of destabilizing our country.

As a democratic oriented CSO which advocates for good governance, we are of the strongest view that we do not need a new voters' register for the 2020 general elections having taken into account the EC's own recent statement which they emphatically stated that the voters' register in its current state is very credible for any elections in Ghana.

Also, we are by this statement calling on the EC to stop all plans towards the compilation of a new register because it is not one of our priorities as a country for now.

We have other pressing national issues that needs urgent attention. The over Ghc 400 Million reportedly approved by parliament should rather be used for sustainable intervention projects aimed at relieving the suffering Ghanaian masses from the excruciating pain occasioned by the harsh economic conditions in the country.

Thank you and God bless our homeland Ghana.