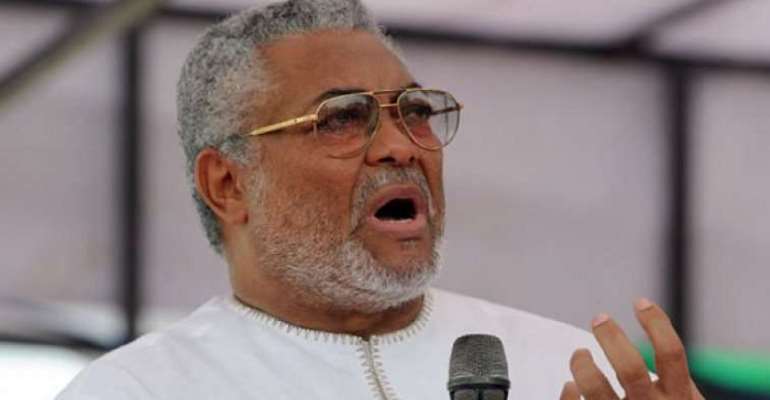 ON COMMENTS MADE BY EX-PRESIDENT J. J. RAWLINGS ON UNIVERSITY OF EDUCATION, WINNEBA (UEW) ON THE OCCASION OF THE COMMEMORATION OF THE 31ST DECEMBER REVOLUTION IN WINNEBA

The University of Education, Winneba (UEW) has noted with utter dismay and shock comments by ex-President of the Republic of Ghana, Ft. Lt. Jerry John Rawlings during his address on the 38th Anniversary of 31st December Revolution at Winneba on what he deemed as social injustice and violation of human rights at our University. The University deems the comments as unfortunate and a complete distortion of facts arising out of misinformation and/or a loss of touch with the developments at UEW over the last two years. Indeed, the ex-President, in similar remarks a couple of months ago, waded into the issue from same ill-informed position and we, through our Public Relations Office, accordingly responded by educating him on the facts regarding the very issue he sought to bring into the public domain. Since our ex-President has decided to go public again with same distorted facts, it is now becoming too obvious that ex-President Rawlings will rather tread the dangerous path of listening to a single story rather than trail the path that will lead to a revelation of truth and objectivity- two important fundamental principles that he claimed undergirded the revolution he led and commemorated in Winneba last Tuesday, December 31st, 2019.

The Management of the University of Education Winneba, therefore, wishes to educate the ex- President and free him from his ill-informed position on the UEW matter, and, as well, clarify the facts regarding such matters for the general public.