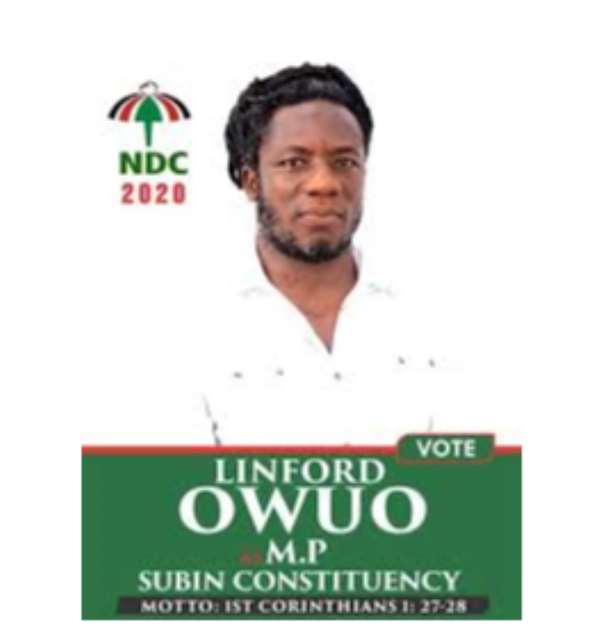 Police in the Ashanti Region have transferred the body of the National Democratic Congress (NDC) parliamentary hopeful for Subin, Linford Owuo, from his home to the Komfo Anokye Teaching hospital morgue for autopsy.

Mr. Owuo was found dead in his bedroom at Asafo on Wednesday. Details of the cause of his death remain unclear.

The Manyhia Divisional Police Commander, ACP Kwaku Buah said the autopsy will enable his outfit to determine whether or not his death was natural.

“I was informed that the landlord had not seen the young man who is his tenant. The informant said the landlord claimed that he had seen some flies around the man’s windows with a pungent smell coming out from the room. So, I dispatched my investigators to the place and the door was forcefully opened and there he was dead on his bed. As we speak, the body has been sent to the Komfo Anokye Teaching hospital morgue for preservation and autopsy. We believe that in the coming days, the pathologist will tell us the cause of the death.”

NDC supporters, relatives and sympathizers gathered at the residence of the deceased after news of his demise went viral on social media.

Campaign Manager for the late aspirant, Frank Asare told Citi News that “We are waiting for the CID and doctor’s report. Our background checks, however, show that he had been dead in the room for the past three days because he had not been seen since Monday.”

The Subin Constituency Executive Committee confirmed Mr. Owuo's death in a statement and asked members of the public to “respect the pain of the family and give them the necessary privacy to mourn.”

The Subin Constituency Executive Committee with pain and sorrow announces for the information of the general public the unfortunate and sad passing of Mr. Linford Owuo.

Mr. Owuo also known publicly as Siddi had expressed interest in picking forms to contest the parliamentary primary elections in the Subin Constituency when nominations are opened.

Mr. Owuo was a committed and dedicated member of the Party whose demise is devastating to the entire Party within the Subin Constituency.

We therefore ask all members of the public to respect the pain of the family and give them the necessary privacy to mourn.