UEW Blasts Rawlings For Asking VC To Step Aside

...Says His Call Is Laden With Mischief And Fraud 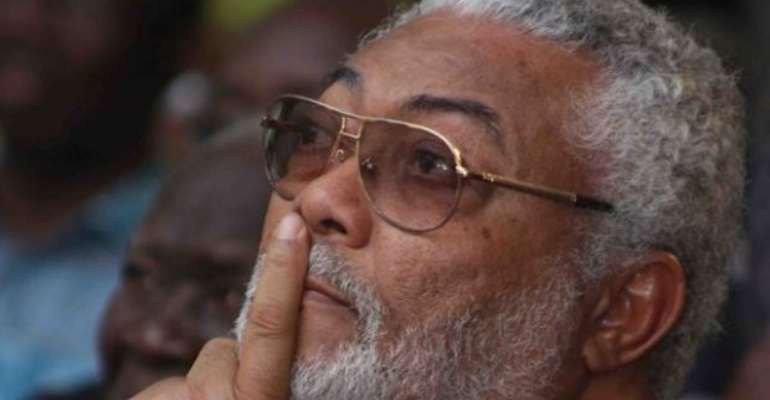 The University of Education, Winneba (UEW) has said former President John Rawlings calls for Reverend Professor Afful-Broni to be made to step aside as hardworking Vice-Chancellor of the University to allow for some unspecified investigations are completely misplaced.

In a statement, the school said Mr. Rawlings, who made this call when he addressed a durbar to climax the 38th anniversary of the 31st December revolution, had “become the latest advocate of an unworthy cause that is laden with mischief and fraud.”

The school noted that Prof. Afful-Broni is not the subject of any investigation after Mr. Rawlings said he was indicted for financial mismanagement in an Economic and Organized Crime Office (EOCO) probe.

“The University, again, wishes to state clearly to the general public and, in particular, ex-President Jerry John Rawlings that, the Vice-Chancellor, Rev. Fr. Anthony Afful-Broni is not under any form of investigation; no prima facie case of wrongdoing or misconduct has been established against him; and, no disciplinary action has been initiated against him by the Governing Council to warrant his stepping aside.”

It added that the claim that the Vice-Chancellor should be made to step aside “is completely misplaced and remains the figment of the imagination of those who quickly desire to initiate social injustice into an institution where none exists.”

The school also said Mr. Rawlings’ suggestions that over 20 staff of the school had been dismissed was incorrect and an attempt “to make the Management of the University look bad in the eyes of the unsuspecting members of the public.”

“It must be put on record that the figure 20 representing the number of persons claimed by ex-President, J. J. Rawlings as having been dismissed by the University totally betrays his ignorance and the mischief of those who fed him with such lies.”

The statement, however, reminded the general public that the dismissals had “nothing to do with any Economic and Organised Crime Office (EOCO) Report or any other report by a state agency.”

The EOCO report actually exonerated former Vice-Chancellor of UEW, Professor Mawutor Avoke and the other principal officers of procurement and management breaches.

The Efutu Member of Parliament, Alexander Afenyo-Markin in May 2017 petitioned EOCO through the Education Minister, Mathew Opoku Prempeh, with 13 allegations against some principal officers of the University.

The investigations concluded that the University complied with the provisions of the Public Procurement Authority Act as amended in its award of contracts to Sparkx Ghana Limited for five distinct projects.

Prof. Avoke's troubles date back to 2017 where a Winneba High Court ordered him to step aside until a malfeasance case brought against him and the University's Governing Council was determined.

The case brought before the court by one Supi Kofi Kwayera, who insisted that the Vice-Chancellor and the Finance Officer, were operating under the institution's defunct governing council.

Supi Kofi Kwayera also alleged financial and procurement irregularities on the part of the Prof Avoke.

Following the Court's ruling in December 2017, Prof Avoke, together with some other Principal Officers of the University, was removed by the school's Governing Council.

This was described by some lecturers as politically motivated.

Later the Supreme Court overturned the High Court decision which led to the removal.

The management of the school, however, insisted Prof. Avoke will not be reinstated because his dismissal was determined by the institution's Governing Council.