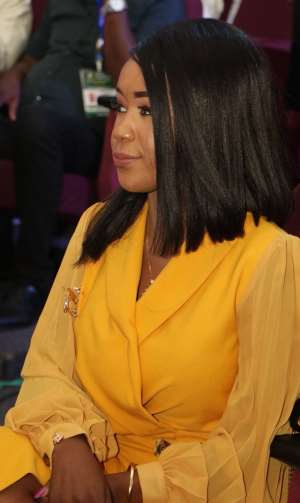 Lawyer of the aggrieved customers of troubled gold dealership, Menzgold. has accused its Chief Executive Officer (CEO) Nana Appiah Mensah of deliberately not pursuing debt owed him in France to pay off its Ghanaian customers.

Amanda Akuokor Clinton in a statement says the money owed the Menzgold boss popularly known as NAM1, could settle the debt of his customers in Ghana. However, he is strategically waiting for the relevance of the issues to decrease before going after the said money, she stated.

“Our sources have it on good authority that Nam1’s agreement with the alleged business he was doing business within Dubai includes an arbitration clause which can be exercised by Nam1 in France and not Dubai.

“As such it is our belief that he has strategically chosen not to pursue the debt owed to him at this moment (and in turn pay all customers) so as to wait a year or two for this matter to die down in Ghana,” the press read.

Scores of aggrieved customers of the embattled Menzgold on Wednesday, January 8, marched to the residence of NAM1 to retrieve their locked up funds.

This follows an announcement of the gold firm’s Public Relations Officer, Nii Armah Armateifio that from Friday, December 27, 2019, they will begin payment of customers locked up funds which have been in arrears for the past three years.

Commenting on the act, Miss Clinton said: “We are a peace-loving nation who does not want to see more public displays like the one that arose at his house in Trasacco.”

The lawyer was, however, optimistic that all her clients will get paid by the end of this year, either by the CEO of Menzgold or by the government.