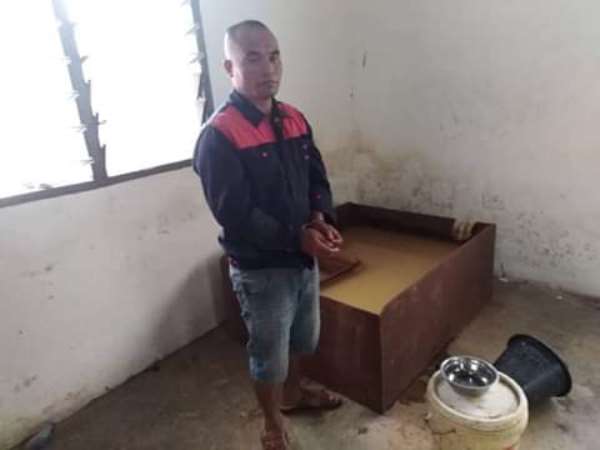 The Inter-Ministerial Committee on Illegal Mining (IMCIM) Monitoring and Evaluation (GalamSTOP) has arrested one Chinese illegal miner in Fomena in the Adansi North District.

He was arrested in possession of a gold washing carpet, one cylinder and thirty-six gallons of diesel.

The IMCIM succeeded in the arrest following a routine operation in the environs of Fomena in Adansi North District, Ashanti Region on Monday, January 6, 2020.

The Chinese suspect has since been handed over to the Dompoasi District police command for further investigation and prosecution.

Also on site was one broken down XCMG excavator without swinging motto and other vital parts.

The head of the taskforce, Francis Assibi Abu, who led the operation has urged the public to volunteer information to help weed out such illegal miners from the system.