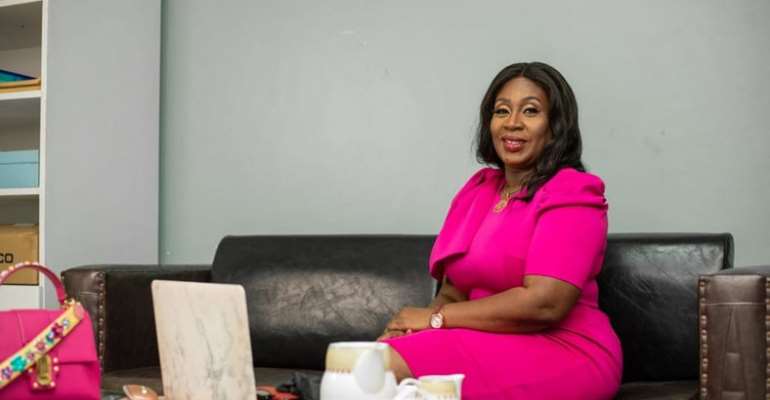 A third Prosecution Witness (PW3) in the case in which Madina Sedina Tamakloe, a former Chief Executive Officer (CEO) of the Microfinance and Small Loans Centre (MASLOC) and one Daniel Axim have been charged for stealing, has told Finance and Tax Division of the Accra High Court that they rejected MASLOC’s investment facility of GHc500, 000 due to its non-negotiable two per cent interest rate.

The witness also said he spoke to the ex-MASLOC CEO for five minutes after he handed over the said amount of GHc500, 000 cash, an investment facility that was rejected by Obaatanpa Microfinance Company in a ‘Ghana Must Go’ bag to her at Baatsona Total Filling Station on the Spintex Road.

Led by Senior State Attorney, Mrs Stella Ohene Appiah to give his evidence-in-chief as PW3, Mr Seth Obugyei, currently, a traditional ruler and a farmer told the court presided over by Justice Afia Serwah Asare Botwe that, the said amount was rejected because of the non-negotiable interest rates it came with.

Telling the court how he came to know the ex-MASLOC CEO, Mr Obugyei said one Sophia Akuokoh, introduced him to Madam Sedina Tamakloe at Golden Tulip Hotel that she was the CEO of MASLOC and that they support financial institutions.

According to him after that day, he applied for a loan of GH150, 000 for Obaatanpa Microfinance which was approved within a month.

He told the court that, “thereafter, Madam Sedina Tamakloe indicated to me that she wanted to do an investment in my microfinance, so I agreed and about a month later, she called me that a cheque of GHc500,000 had been approved for us.

The witness informed the court further that, “I was then travelling so I sent Samuel Quansah, (PW2 in this matter) to pick the cheque to deliver to the microfinance.”

Non-negotiable 2% interest rate
The witness told the court that when he returned for his trip, “the Manager for the microfinance called to find out the agreement on the interest rate, but I could not give him an answer, because, I did not know the interest rate.”

He added that, “I called Madam Sedina Tamakloe to find out and she said 2% like the GHc150,000, then I called back to tell the manager, then he told me that we should have rather meet to discuss the interest he will give to MASLOC since it was an investment they were doing with us.”

The Manager then said “the interest rate was high, so if they are not negotiating with us, we should return the money. So I called Madam Sedina and told her what happened, so we were returning the cheque.

Give us cash no cheque
The witness said, the ex-MASLOC CEO demanded that “if so, we should rather bring cash because they were having problems with clearing of some cheques.

He added that, “Just as they have told us some months ago just as we were paying interest on the GHc150, 000, on that instance, they returned that cheque, so we agreed to mobilise the cash and sent to her.

He told the court that, he called the manager to do the mobilization and when it was ready they brought it in Ghana must go bag.

“When we got to Pokuase on our way from Ejura, I called Madam Sedina around 7:00 p.m that we got to Accra with the money but for security reasons, I can’t keep the money in my house. Then, she indicated that, she has just returned from a funeral in her hometown, so she will meet me at the Baatsona Total filling Station.

“So, Mr Samuel Quansah and myself drove to the Baatsona Total fillng station. When we were close to the filling station, Mr Quansah asked me to call her again, then she said we should park at the parking lot and she asked me the type of car I was using so that she will park behind me and that she was in a shop within the filling station,” the witness narrated.

We spoke for 5 minutes
He added that, “when we parked, she also parked behind us and I walked to the car and greeted her and asked whether I should. Ring the money and she said yes. So I got the money from my backseat and put it at the backseat of her car and sat at the passenger front seat of her car and I told her the money was GHc500, 000 so, I wrote the denominations for her.”

He told the court the cash was mobilized from Amanten and Kasei community bank and submitted a bank statement of that proof to the court.

Receipt of payment
Mr Obugyei told the court that, he called the following day to request for a receipt of payment but the accused person said she was in a meeting and that she will call back.

“I didn’t her from her that day until about three to five days, before I called and she said I could take the receipt and the following day, I sent Mr Quansah to take the receipt.”

MASLOC Demand notices
The witness further told the court that in January and July 2015 “we received about five demand notices from MASLOC, so I called Madam Sedina and she said it was an oversight so they will rectify.”

But the witness said, demand notices were still coming, we wrote to indicate that we have paid the said amount. So in July when such notices came, I sent a copy to Madam Sedina on Whatssap.

And then she responded by saying it would be worked on. Thereafter, we did not receive the demand notice until 2017 that someone called me from MASLOC that GHc500, 000 was still outstanding.

“So he requested for a meetjng and then I called Mr Quansah to meet me at MASLOC and within that same year, the serious fraud office called me from their office in Kumasi and told me that their boss in Accra want to see me, so I came to see him and he indicated that the GHc500, 000 investment we took from MASLOC was still outstanding so they were investigating.”