Did Linford Owuo Die by His Own Violent Handicraft? 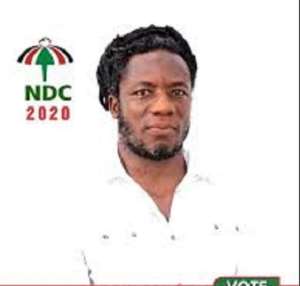 The news report captioned “NDC Parliamentary Hopeful Found Dead in His Room” Kasapafmonline.com / Ghanaweb.com 1/8/20) said that “It is unclear what caused his death. The possessive pronoun/adjective “his,” of course was in reference to Mr. Linford Owuo, the present-day Twumasi-Ankrah avatar of the present main opposition National Democratic Congress (NDC), one of the most violent certified bullies and thugs who terrorized and made life decidedly ungovernable for members, supporters and activists of the then-main opposition New Patriotic Party (NPP) in the latter party’s historical stronghold of the Asante Region. For those of our readers who may not be familiar with Twumasi-Ankrah, he was the widely alleged Convention People’s Party’s infamous goon who was allegedly hired by President Kwame Nkrumah to “take care of” a newly defected CPP operative who had crossed party lines to truck with the leaders of the Baffuor Akoto, Busia, Dombo and Danquah-led United Party (UP).

Baffoe would be stabbed to death by Twumasi-Ankrah, scarcely twenty-four hours after the latter reportedly arrived in Kumasi from Accra, after having allegedly conferred with President Nkrumah over what has been alleged in some quarters to have been the CPP’s internal security. The details, for the most part, remain murky; but the general understanding, at least according to some politicians and political activists privy to the event at the time, points to the likelihood of Twumasi-Ankrah’s having received direct instructions to put Baffoe permanently out of circulation because the latter was widely deemed to be a security risk to the CPP. Whatever the objective truth or the reality of this case might have been, one thing is certain: and it is the fact that the present leaders of the Mahama-led National Democratic Congress well appear to have inherited the immitigably violent tendencies of the proto- or original Convention People’s Party.

It is also interesting to note that the news report retailing the death of Mr. Owuo had absolutely nothing morally constructive or instructive, for that matter, to say about the subject, except the one infamous incident in which the “Owuo Man” reportedly led some NDC thugs to kidnap, rob and set alight a Daewoo Lenox salon car belonging to the equally notorious Mr. Appiah Stadium, an apparent political opportunist who, at the time, was reported to have been in the pay of the John Agyekum-Kufuor-led government of the New Patriotic Party. In Ghana, these days, though, attempting to assemble evidentiary truths about political deaths and killings, or assassinations, is invariably akin to collecting water from a stream, such as the Subin, with a wicker basket. For all we know and care about, Mr. Owuo, who had reportedly been gunning to represent the National Democratic Congress in the Subin Constituency, in the Asante Regional Capital of Kumasi, may have died of natural causes. But, of course, the latter may not be known until a court-ordered autopsy has been conducted.

It could just as well be foul play because even as Candidate John Dramani Mahama told the nation recently, when it comes to the raw and brutal politics of “Boot-for-Boot,” the Rawlings-founded National Democratic Congress has absolutely no coequal. The inescapable fact in this particular instance, however, is that Mr. Linford Owuo, who was also popularly known as Cedi, Ghana’s legal tender or official currency note, appears to have lived a considerable span of his life by the sword. Thus, it could very well be that the deceased logically died by the sword, that is, his own sword. You see, Dear Reader, when an allegedly bad nut like Mr. Owuo transitions, be it peacefully or violently, one simply does not know how to respond or react to the same. Yes, he was a human being like the rest of us. But, of course, it also makes a heck of a lot of great difference what sort of human being the subject of this column was or had been.

He is definitely bound to be missed by those to whom he literally meant a pot of gold, or even karats of diamonds. But, of course, to the rest of us, Ghanaian humans, the immediate and logical question that arises is as follows: Did Mr. Linford Owuo have to lead or live the sort of ignoble and violent existence widely associated with the deceased?