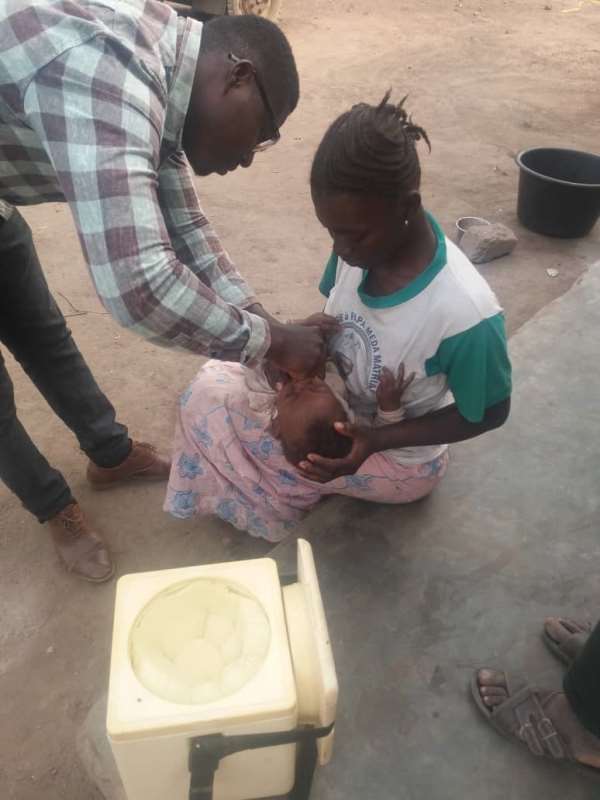 The Ghana Health Service (GHS) in Bono, Bono East and Ahafo Regions has vaccinated a total of 570,864 under five years against polio outbreak which have claimed two lives in Techiman, Hwidiem and paralysed the third patient at Sampa.

The massive vaccination campaign which starts today, 8th to 11th January 2020 is to break transmission of the polio virus from an infected person to others and contain the poliovirus.

Dr John Ekow Otoo, the Deputy Director in charge of Public Health for Bono, Bono East and Ahafo Regions made this known in a press briefing to kick start the campaign.

The first case Dr.John said was reported in the Bono and Ahafo Regions in a 24months old female from Asiri community in Goka Sub-District in the Jaman North District of the Bono Region. He noted that the second case was a 33-month old female resident in Sissala line in the Techiman West Sub-Municipality in the Bono East Region and the third case was a 37 months old male from Kwasuso Community in the Asutifi South District of the Ahafo Region .

Nature of the Disease
On the nature of the polio virus, Dr John EKOW Otoo noted that poliomyelitis is a highly infectious viral disease which mainly affects young children. He said the virus transmitted by person to person and spread mainly through the faecal-oral route, contaminated water or food and multiplies in the intestine, from where it can invade the nervous system and cause paralysis.

Symptoms and Signs of Disease
Touching on the symptoms and signs of Polio Dr. John Ekow said it include fever, fatigue, headache, vomiting, stiffness in the neck and pain in the limbs. “In a small proportion of (0.5%), the disease causes paralysis which is often permanent. There is no cure for polio:it can only be prevented by immunization”, he advice.

The Public Health director noted that the confirmation of Vaccine Derived Poliovirus Type 2 (Cvdpv2) in Ghana led to a declaration of Public Health Emergency of National concern by the Minister of Health. He said the Ministry of Health (MOH) and the Ghana Health Service (GHS) with the support of its partners have developed a plan to break transmission and contain the poliovirus. The plan, Dr. John Ekow Otoo said focuses on increasing the immunity of vulnerable populations in high risk areas through reactive response vaccination and enhancement of Acute Flaccid Paralysis (AFP) surveillance activities in the county.

In the Bono, Bono East and Ahafo regions, three (3) rounds of vaccination campaigns have been planned alongside the Oti region. The Round Zero reactive vaccination campaign was organised from the 19th to 22nd December, 2019 in six selected districts in Bono Region.

They include Banda, Berekum west, Jaman North, Jaman South and Tain. The Round One vaccination campaign is scheduled for today 8th to 11th January, 2020. It is scheduled to take place in all districts in the Bono, Bono East, Ahafo and Oti regions. The Round Two (2) will be organized on the 5th to the 8th of February, 2020, also in all districts in the Ahafo, Bono, Bono East and Oti regions.

In the Round Zero vaccination campaign, which was in 6 districts, Dr. John Ekow said a total of 101,242 children were vaccinated, representing average coverage of 98.3%

He added that the Ghana Health Service with its partner is entreating all parents and guardians as well as all well-meaning Ghanaians to cooperate with the vaccinating teams and ensure that all children less than 5 years are vaccinated. He gave assurance that measures have been put in place to deal with any reactions that might be associated with the vaccination exercise. 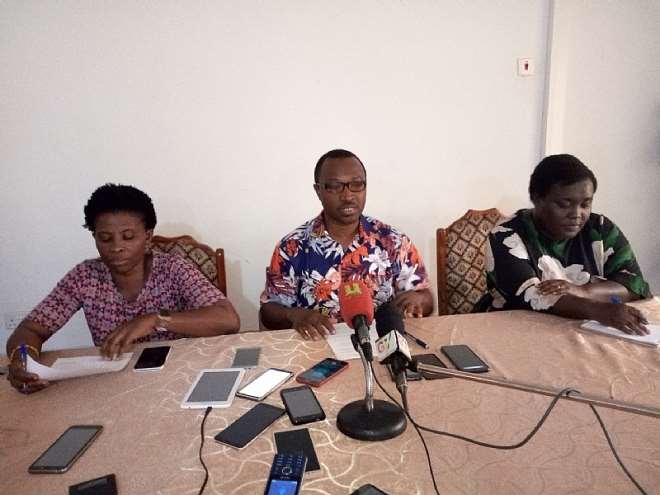