The death of Soleimani: Israel’s perspective 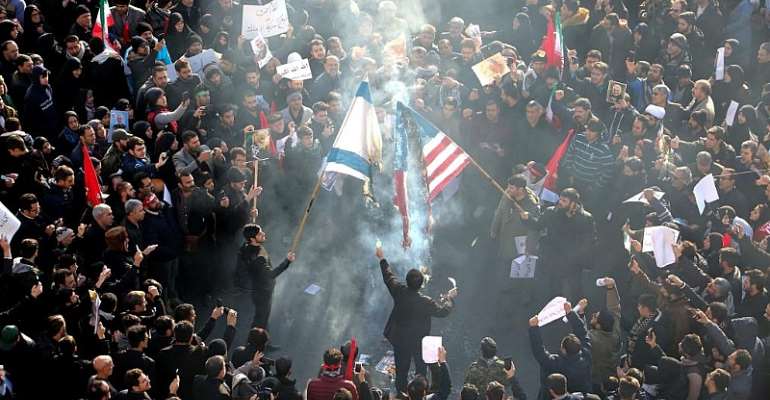 In Israel, the death of Iranian Quds-Force general Qassem Soleimani, was received with mixed feelings. Prime Minister Benjamin Netanyahu's reaction was measured, while a military leader said it was “part of the fight between Iran and the United States”. But victims of terror organisation Almagor rejoiced. RFI spoke to Meir Indor, Chairman of Almagor.

“We've sent a message to President Trump, that he did a big favour, not only to the US, but to the whole free world,” says Indor.

“Soleimani had a rank, he was a general. But he is not an army man. He was a master of terror.

“We suffered from Soleimani's terror actions many times, carried out by Hamas and Islamic Jihad."

While Almagor congratulated Trump, Israel's Prime Minister Benjamin Netanyahu's office, in a first reaction to the US action, merely remarked that "just as Israel has the right of self-defense, the United States has exactly the same right,” adding that Soleimani had been “responsible for the deaths of American citizens and many other innocent people,” and that “Israel stands with the United States in its just struggle for peace, security and self-defense."

Not the main story
Days later, IDF Southern Command head Major General Herzi Halevi was quoted by the Times of Israel as saying that the Jewish state “must look at the assassination as part of a fight between Iran and the United States over Iraq's character. That is the story,” stressing that “the assassination also has ramifications for us as Israelis, and we must follow it closely, but we aren't the main story here.”

Meir Indor takes a more radical view.
“The man is responsible for killing American soldiers in Beirut,” he argues. “He was in charge of killing jews in Argentina. Over a hundred people.”

Iranian biographies of Soleimani all stress that since Iran lost a million people during the 1980-1988 Iran-Iraq, he tried to build a sphere of influence protecting his country in order to prevent a repetition of such a war.

Master of terror
“The master of terror Soleimani, the second man-dictator in Iran now is out of business. And the free world should be very happy about what happened. So the world is better today after what happened last week,” Indor says.

Meanwhile, Soleimani has been replaced by his long-term second-in-command, General Esmail Ghaani.

Does Soleimani's death really improve things for Israel, given the fact that the Iraqi parliament voted to ask foreign military, including US troops, to leave?

“Maybe we have to continue with a campaign against the person who replaces him, but if we don't fight against terrorism, who will do it?"

Fighting against evil
Many Iranians say that the death of Soleimani united them and it also gave the younger generation a taste of acts the US is capable of. Doesn't this make Iran more dangerous from an Israeli perspective than it was before when it was divided between so-called reformists and hardliners who seem to have problems that are now forgotten as a result of the death of Soleimani?

“That shouldn't prevent us from fighting against evil. If more people join it, it is another reason why we have to fight. If young people are so influenced, they will be brought into the cycle of terrorism.

“That only shows us how far they came from a country that was peaceful forty years ago to today, where the fingers and the hands of the Iranians are involved in other countries, creating terrorism.

“It will not stop them now, so they youngest will join. But if they see that terrorism doesn't pay, they will not join what their leaders want to them to do.