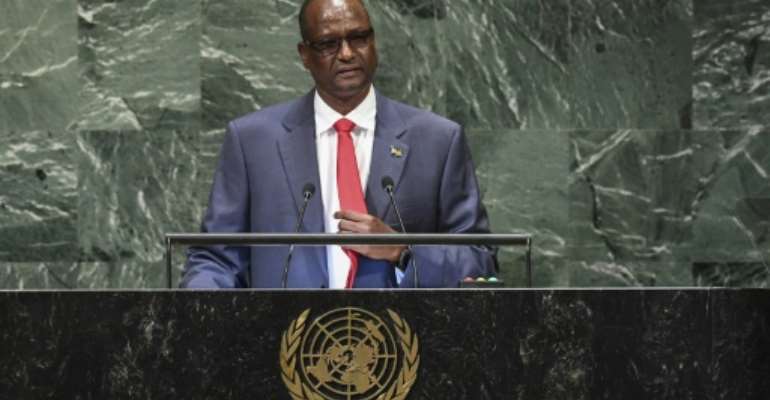 Taban Deng Gai also has created distrust that has inflamed conflict in South Sudan and undermined the peace process, the US Treasury Department said in a statement.

Deng "reportedly arranged and directed the disappearance and deaths of human rights lawyer Samuel Dong Luak (Dong) and SPLM-IO member Aggrey Idry (Aggrey)... in order to solidify his position within President Kiir's government and to intimidate members of the SPLM-IO," Treasury said.

"The United States calls on all nations to exclude from the international financial system those who jeopardize South Sudan's future."

Treasury sanctions freeze any cash or assets held in US territory and block access to the American financial system, which also typically impedes use of international banks that do business in the United States.

Treasury on December 10 sanctioned five other individuals responsible for the "extrajudicial killings."

Washington last month also slapped sanctions on two South Sudan ministers, accusing them of obstructing a peace accord signed in 2018 that has paused, but not resolved, five years of conflict.

"The US government will not hesitate to target those who have perpetuated the conflict in South Sudan and will continue to apply pressure on the senior leadership of South Sudan to take concrete measures to bring peace and stability to the country," the US Treasury said Wednesday.