Ghana's Constitution An Illusion Of Hope–Greenstreet 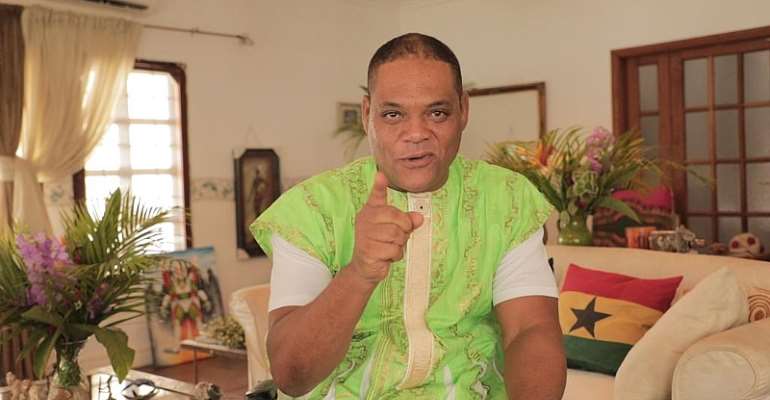 The 2016 Flagbearer of the Convention People’s Party (CPP), Ivor Kobina Greenstreet has observed that Ghana's 1992 constitution risk being described as a complex fairy tale illusion of hope.

Reflecting on what the significance of the Constitution Day and the fundamental meaning of constitutionalism and related issues are in Ghana, Mr. Greenstreet noted the Ghana Constitution stood the "risk of being reduced to a complex Ananse Story which has given us an illusion that our lives would improve.

He argued that the Constitution was meant to be a vehicle for institutionalizing democracy in real life, saying "democracy must work for the people".

Mr. Greenstreet said that it is only when the constitution becomes so deeply connected to Waakye and Kenkey issues that it can be properly and popularly protected.

The 2016 Presidential Candidate of the CPP has therefore called on the current government to clearly state its position, even if it means issuing its own White Paper on the long, studied report of the CRC.

"As a lawyer, I see nothing wrong with that", he added. “…a Constitutional Commission of Enquiry reports to a government as a manifestation of the state, not as a representative of a particular regime…” he stated.

Mr. Greenstreet also urged the urgent need for the country to go beyond the ordinary and focus on deliverables and systems that work for the good of all citizens instead of the interest of few politicians in authority.

, “Like Beyond Aid and Beyond the Year of Return, the nation had to go Beyond the successful seven elections it has held” “…there is little attachment to the system which is not reflecting results in people’s daily lives and politicians are seen as a group of individuals serving their own self-interests…" he stated.

According to him "...elections are a necessary but insufficient basis for democracy."

In arguing for a stronger democracy Mr. Greenstreet quoted Adolf Hitler's famous 1934 Nuremberg dictum "the State does not command us, we command the State”.

This he stated when properly understood, as J. B. Danquah did in the Liberty of the Subject, and as Nkrumah supremely carried out in the famous Positive Action campaign, as being commemorated now, the people's interest must rule.

What we have done with the constitution is to set limits to, not to negate, the people's positive action for their relentless welfare... This is what the CPP is about - the relentless pursuit of the people's welfare within our liberal settlement.

Mr. Greenstreet noted that these practical ideological matters were the outcome of the ongoing Strategic Conversations for Reclaiming Ghana and promised further interactions on its more specific economic implications including a more nationalistic approach to the governance of our resources and for me, so strategies for translating macro-economic discipline into micro-welfare.

He concluded that the “NDC and NPP sat in Parliament to pass stability laws for Newmont and Anglo Gold Ashanti to pay Ghana only 1.5% from our gold!!... This is shocking and unacceptable and must be changed!”.