I Disagree With Kwami Alorvi 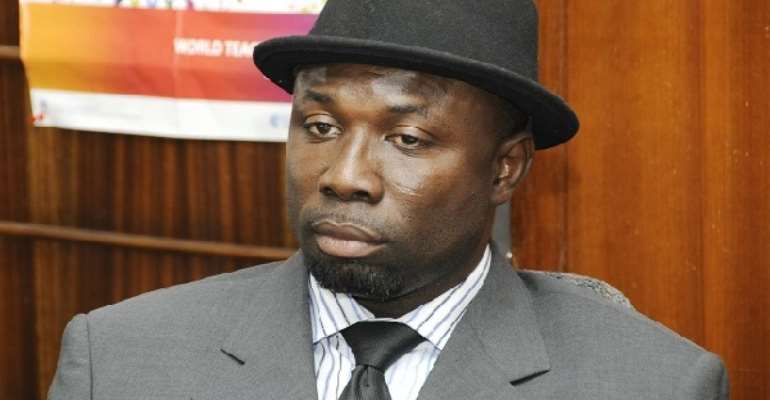 I am compelled to react to Kwami Alorvi's New Year Day's reflections entitled: “The Licensing of Teachers in Ghana: The Misunderstanding, the Misrepresentation, the Hypocrisy and Treachery”.

I am reacting because the content does not reflect the current realities and also because I am made a reference point.

I respect Mr. Alorvi for the role he played in my union life and I remain highly indebted to him. Forgive me if this reaction flies in the face of gerontocracy and deference to the aged. However, that is the sentimental part of this piece and I don't intend to belabour it.

Reading the piece by this astute unionist, I felt so sad when Mr. Alorvi decided to take the Deputy General Secretary of GNAT to the cleaners for expressing the current position of his union regarding teacher licensure. Indeed, Mr. Alorvi sought to use the previously held position of GNAT, NAGRAT and CCT to justify his vitriolic attack on the GNAT gentleman.

Of course, at the initial stages of the licensure introduction, the unions opposed certain aspects of the implementation mode and myself as the then president of NAGRAT and Mr. David Acheampong of GNAT expressed our unions' opposition to the licensure, particularly for in-service teachers. However, the situation is not the same today, both in terms of implementation of licensure and the unions' position.

As a veteran trade unionist, I am sure terms like social dialogue, stakeholder engagements, negotiations, compromises and agreements are not beyond the understanding of Mr. Alorvi. These terms, to some extent, tell us that at certain points in time positions may shift at the table based on available information and prevailing circumstances.

I, therefore, expected Mr. Alorvi to have ascertained from his former union as well as GNAT and CCT before coming out the way he did. For the record, Mr. Alorvi, there have been many engagements with the unions during the time of Honourable Dr. Augustine Tawiah and Dr. Evelyn Oduro as bosses of NTC.

It started with discussions on the Pre-Tertiary Teacher Professional Development and Management (PTPDM) document. Almost all the processes for teacher professionalism are covered extensively in that document. Even fees charged or to be charged were extensively discussed before implementation.

For instance, when NTC unilaterally announced the fees for the in-service teachers' licensing, the reaction of the unions was clear to everybody. References were made to agreements at Oyarefa and others. This shows that without engagement with the unions and other relevant stakeholders, NTC does not move. Maybe, Mr. Alorvi may have to apprise himself with the full details of that press statement by the unions on the 4th of November, 2019.

Therefore, if three consecutive licensing exams have been written without any protest from the unions, it should be enough signals to Mr. Alorvi that serious discussions have gone on and positions shifted.

Reference was made by Mr. Alorvi to the recent statement released by GNAT, which has been misinterpreted to mean GNAT's opposition to licensure or a counter to the earlier position espoused by their Deputy General Secretary. Reading between the lines, paragraph two stated: “Management of GNAT officially and categorically states that the licensure of teachers is a government policy and not the origination of GNAT”.

Paragraph 4 stated: “As an organisation, ours is to stand to defend what is good for our teachers and education enterprise in general. We work with every government, so we move with policies of every government”.

Therefore, if the Deputy General Secretary of GNAT has gone to defend that government policy (as has always been the case when the GNAT finds it good for teachers), why should that be the basis for Mr. Alorvi's attacks? I personally revere that statement by GNAT and I commend the leadership for standing by their own in a very smart way.

Further on why NTC conducts licensure exams, Mr. Alorvi seems to have lost track of the current teacher education system and needs to be updated a bit. Mr. Alorvi, currently, colleges of education are not all under University of Cape Coast as it used to be the case. They have been affiliated to different public universities, including KNUST, UG, UEW and UCC. These institutions run their own curricular, though they do so under the National Teacher Education Curriculum Framework (NTECF).

Besides, some universities already run their own bachelor programmes in teacher education. For example, UCC has Faculty of Education that runs degree programmes, UCC also has Distance and Sandwich programmes; UEW runs a similar system. There are others who are trained outside the shores of Ghana. All these categories of graduates graduate with the ultimate aim of entering the classroom (most of them are not paid allowances, though). NTC as a regulator then creates a 'sieve' to ascertain whether these graduates meet the minimum standard to enter any Ghanaian classroom to handle our delicate and vulnerable children.

In fact, I was at a CHASS meeting in 2017 when headmasters resolved that products from a particular university should not be engaged in their schools. Their reason was that these graduates are not reasonably 'milled' to handle our children. Another instance is where distance and sandwich products are sometimes discriminated against based on perceived inadequacy of their training (whether the perception is right or wrong is a topic for another time). Indeed, an interesting trend has emerged in the analysis of the three Licensure Exams taken so far regarding performance of students in the various teacher education institutions. NTC will soon share this with the general public.

In a very interesting way, Mr. Alorvi asked for in-service teachers and educational authorities to first sit for the Licensure Exams. In fact, that was the original plan of NTC between 2015 and 2018 (as being done in our neighbouring Nigeria) but the unions moved against that during the engagement process. Of course, the position at the end of the engagements was quite clear that:

1. If there is evidence to show that teacher quality needs improvement, it is not expedient to sack people who have gained experience on the field through many years of practice, especially in the face of inadequacy of teachers.

2. Disengaging an already engaged teacher has a lot of implications on labour laws of the country as well as teachers' collective agreement.

3. If those already in the service lack some requisite skills set under the new dispensation, the remedy is continuous professional development (CPD) and not disengagement.

4. Newly trained teachers are yet to be engaged and it is the employer's responsibility to engage persons who are fit for purpose (not merely because government has spent money to train them).

Conclusion
I am a teacher and still a dues-paying member of the union. I believe strongly in union ideals and will always do my best not to undermine them.

I acknowledge that it is sometimes difficult to take sides against the employer but that is what I have never failed to do even when I was a young teacher at Nkawie SHST and NAGRAT President at the same time.

In fact, Mr. Alorvi may attest to this difficulty based on his experiences as headmaster at Obrakyere SHS.

I refuse to be drawn into the politics of the Teacher Licensure. However, as a technocrat and an expert in teacher unionism and professionalism, having served on local and international bodies of teachers, I believe we are on the right path. God bless Ghana.

The writer is the Executive Secretary of NTC