Gangs of Mombasa shift to life without crime in Kenya 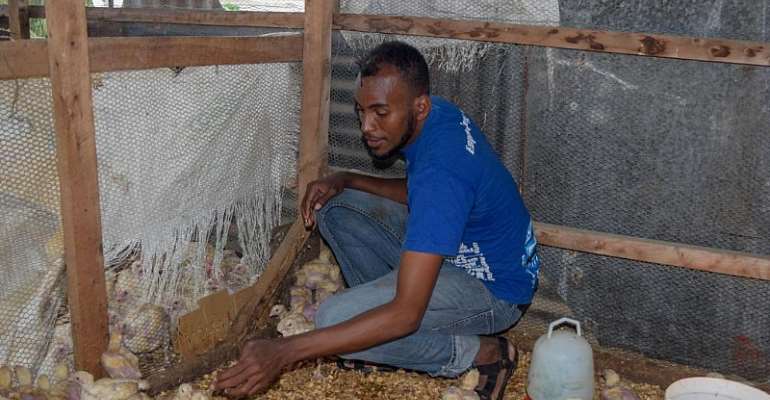 Former gang members in Kenya's port city of Mombasa have found a new lease of life – without crime – under a Red Cross programme. Thousands have already benefitted by putting in a hard day's work and earning an honest living

For the past three years, the Kenya Red Cross Society has been running a programme in eight counties that aims to discourage young people from joining street gangs, or violent extremist groups.

Funded by the European Union, it aims to help them earn a living without turning to crime. Set up in 2016, the “Conflict Prevention, Peace and Economic Opportunities for Youth in Kenya” programme targets eight of Kenya's 47 counties where crime is rife: Mombasa, Lamu, Tana river, Kilifi, Kwale, Mandera, Wajir and Garissa.

In a country like Kenya where approximately five million young people are unemployed, joining a gang has its attractions. Making quick money appeals to young people who feel there are no opportunities for them after dropping out of school, or for those that have had no access to education.

They are easy recruits for both gangs and extremist groups. Poverty and easy access to hard drugs, particularly in the port city Mombasa, make them even more vulnerable.

“We used to rob people at night using violence and pangas. We couldn't do those things without some substances like alcohol and drugs. It was very easy money,” he remembers.

“That was when I thought this is high time I change.”

Abubakar Omar now works at a poultry farm run by former drug addicts of the Mtopanga Lazio youth club. They breed around 400 chicks which are then sold to neighbouring shops.

“It is hard to earn money but I'm happy because we earn it from our sweat now,” he said. “It's a big step and we're hoping for the best in the future.”

Rehabilitation
Around 5,000 young people across the country have been reinserted into a life without crime in the last three years through this Kenya Red Cross programme. A large number of them come from Kenya's marginalised coastal region.

“We target young people with low levels of education. We train them and then we help them with a business development plan,” explains Mohammed Rajab Said, the Mombasa county coordinator for the Kenya Red Cross.

He added that there is also an amnesty programme for young criminals who have accepted to reform.

“If they have a history of crime, we hand them over to the police. Let's say they have committed murder, they have to go to the courts and answer the cases. Government can also show mercy and they may be forgiven,” Rajab said.

Twenty-six-year-year old Suud Abdallah, a former member of the Mawayo gang, said he went to the police to clear his name and ask his community to forgive him.

Today, he aspires to a new life and wants to open a hardware store in Majengo, one of the toughest neighbourhoods in Mombasa

“But, some people still treat us as if we were thieves. I wasted a good part of my life. But life goes on and I don't want to be a bad example for the next generation,” Abdallah added.

According to Johnstone Ipara, Mombasa county police commander, gangs such as Mtopanga, Congo Boys or the notorious Wakali Wa Kwanza, appear to have disappeared.

“Today, the criminal activities are minimal and are not limited to gangs. Things have improved. You can walk in every part of this county without anybody interfering with your peace,” said Ipara.

In order to enrol in the programme, young people have to disclose their identity and give their real names. But, some of the former offenders believe that the police will use this to track them down and execute them. This is why a number of youth chose to go back into hiding.

The EU funded the four-year programme, which will end in September 2020, to the tune of  nearly €6 million. Rajab expects the youth rehabilitated through this initiative to be able to continue to earn a living through the new life they have built for themselves.