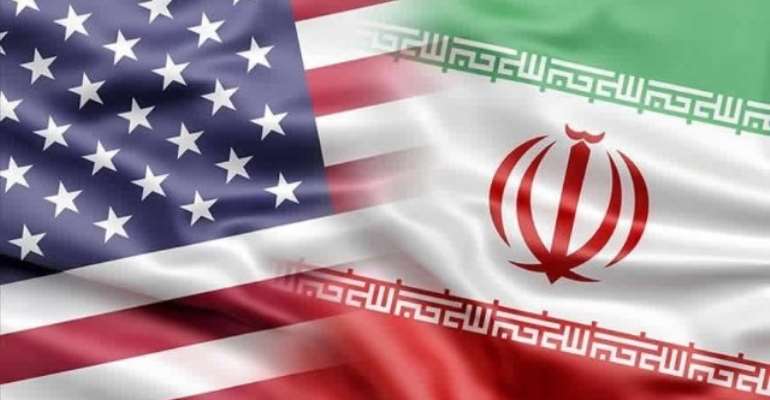 Dr Vladmir Antwi-Danso has advised Ghana government to tread cautiously in its dealing with Washington D.C, in the wake of the tensions between America and Iran.

The Dean of Academic Affairs at the Ghana Armed Forces Command Staff College, said on the Joy FM’s Super Morning Show on Wednesday, that Ghana may be a target to unconventional war tactics by Iran and other anti-American groups, if it appears to be doing the bidding of the United States.

These unconventional war tactics may include Tehran-sponsored terror attacks and cyber attacks.

“The first implication is that the Iranians or any other anti-American might think that Ghana is in the ambit of the U.S and we need to be very careful.

“If they are convinced that Ghana’s military bases or any other agreement [Ghana] signed with the Americans are being used as platforms for attacks on them, they will look at Ghana as an enemy,” he said.

The move has come as a surprise to many international relations experts and, according to analysts, it represents the most aggressive U.S action since the downing of the Iranian passenger plane in 1988.

Qasem Soleimani was not only a military man who supervised Iran’s extraterritorial military activities but was also in charge of Iran’s foreign policy in the region.

Many analysts and politicians believe the January 2 incident, in an increasingly tense standoff between the United States and Iran, has moved along-simmering crisis into a new, dangerous chapter. Many argue that this could lead to an all-out war between the two countries.

More than a dozen ballistic missiles targeted the Al Asad and Erbil military bases, the Pentagon said, and U.S. officials were assessing the damage.

It was still unclear early Wednesday morning whether there were any casualties, but in a tweet Tuesday night, President Trump said: "All is well! Missiles launched from Iran at two military bases located in Iraq. Assessment of casualties & damages taking place now. So far, so good! We have the most powerful and well-equipped military anywhere in the world, by far! I will be making a statement tomorrow morning."

Commenting on the heightened military tension between the two states, Dr Antwi-Danso said it was normal for allies of a warring country to be targeted in a proxy attack by that country’s enemies.

He said he will not be surprised if Ghana becomes a target of Iranian retaliation against the U.S if it feels Ghana’s diplomatic relations with the U.S was hurting its (Iran’s) interests.

“We must be very careful that the tenets of the agreements do not [in] anyway hurt the enemies of America,” he warned.

Dr Antwi-Danso’s views are corroborated by an op-ed on the Voice of America (VOA) web portal that states that Africa could emerge as a venue for the confrontation between the U.S and Iran.

“Iran has sought to increase its influence in certain countries in Africa in recent years through activities such as arms sales, training fighters for combat in the Middle East and funding Shia sects. It also has significant trade relations with several countries, including South Africa,” the analysis by Salem Solomon noted.

The article also cited a June 2019 report by the British newspaper The Telegraph that Iranians were setting up terror cells in Africa under Soleimani’s direction. The paper reported that Iranian cells may be active in Sudan, Chad, Ghana, Niger, The Gambia and the Central African Republic.

But some analysts say there is no evidence to date that Shia groups in Africa pose a threat to the U.S or the West.

“Groups which have a distinct Shia theology — and which would place them in the orbit of Iran — have demonstrated no intent to carry out acts of violence against U.S./Western interests on the continent despite suggestions that they have embedded in these countries for several years,” Ryan Cummings, director of Signal Risk, an Africa-focused political and security risk management consultancy told the VOA.

Ghana enjoys a healthy relationship with Iran but the United States interests in Ghana are more progressive.