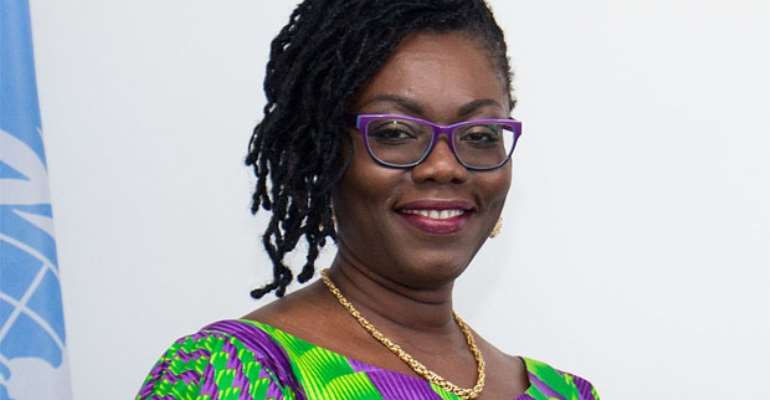 The Ghana Independent Broadcasters Association (GIBA) has accused Ministry of Communications of publishing what it termed as a 'doctored standards documentt' with the intention of sneaking in conditional access for free-to-air television.

GIBA made this known in a press release dated January 7, 2020 and signed by its president, Andrew Danso-Aninkora, who cited a case of unfair treatment on the part of the Communications Ministry.

According to the association, which is the umbrella body of private broadcast operators in Ghana, since 2017, the Ministry of Communications has been attempting to implement dramatic changes in the television broadcast sector with the introduction of a system of control (Conditional Access System) which GIBA “objected to due to its ability to lock down the liberalised airwaves and send the nation back to the dark days of a government monopolized and controlled media.”

On the 18th of December, 2019, the release said GIBA welcomed a revised standard (GS1099: 2019) on Digital Terrestrial Television (DTT) and Direct-To-Home (DTH) Receivers by the Ghana Standards Authority (GSA), which made Conditional Access System (CAS) non-mandatory for Free-To-Air TV Receivers.

“In a dramatic fashion”, it claimed, “the ministry, working together with Andy Townend – representing Inview Technologies, assisted by Oluwatoyin Subair – Founder of the erstwhile Hi-TV Pay Network in Nigeria and ILC Consulting Ltd, have come out with an alarming publication which is a doctored version of the Ghana Standards Authority's newly gazetted and published Technical Standard of August 2019 as the Ghana Minimum Technical Specifications for Digital Terrestrial Television (DTT) & Direct-to-Home (DTH) Receivers for Free-to-Air Television Reception.”

The doctored document, which was published on 30th December, 2019 by the National Communications Authority (NCA) on its official website as a technical standard, said requires the broadcast industry in Ghana and all Ghanaian households to abide by its mandatory requirements for the reception of all TV programmes carried on the nation's only free-to-air digital broadcasting facility.

The requirements include the acquisition of a special decoder with proprietary software, before anyone could watch any Free-to-Air television programme in Ghana.

The special decoder, according to the release, shall be controlled by Conditional Access software and Middleware applications to be provided by a foreign company called Verimatrix, solely selected by the MoC as its partner.

“They have also been given the mandate to trade in broadcasting services, without authorization by the NCA as required,” it said

“This raises serious issues of unfair competition which will be addressed later in this release,” the association complained in the release.

It continued “several entities have had to go through a vigorous qualification process to receive broadcast authorisation to provide some of the very broadcast services which the MoC is freely and discriminately giving out to its broadcast partners exclusively and with the full support of tax-payers funds under the pretext of them being consultants.”

“Details of these facts can be found in the service offerings of Inview Technologies as published in the GIBA Press Release in the Daily Graphic of 28th May 2019,” it added.

It revealed that among the several businesses handed over to the software partners by the ministry are on-screen banner advertising, Push Video On Demand and Portable Video Recording, Connected Services, Interactive Broadcast Services, with a Conditional Access System, Middleware Applications and Receiver Security, which are all exclusively handed over to Verimatrix.

Ironically, these broadcast services, handed down to the Middleware partners as Value Added Services (VAS), can only be achieved by running on content generated off the mainstream local broadcast services providers, such as TV3, UTV, Joy News, Crystal TV, GhOne TV, Net2 TV and every other broadcast channel to be carried on the nations DTT platform, it added.

This is what GIBA has pointed out is akin to the setting up of a subscription-based television broadcast facility with state funds for the benefit of a private enterprise.