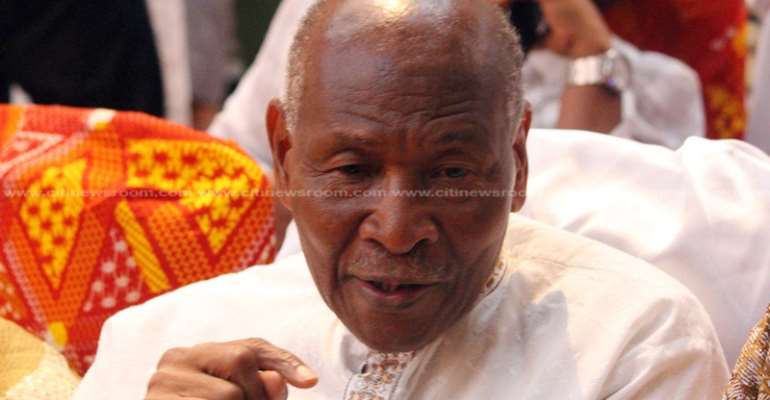 A senior legal practitioner and former President of the Ghana Bar Association, Sam Okudzeto has urged President Akufo-Addo to re-table discussions on the election of Metropolitan, Municipal and District Chief Executives (MMDCEs).

President Akufo-Addo in December 2019 truncated processes for the amendment of the 1992 Constitution to allow Ghanaians to elect their MMDCEs.

The President at the time explained that the suspension was due to lack of a national consensus on the matter.

But Sam Okudzeto who is also a member of the Council of State in a Citi News interview said the issue must be brought back for further discussions.

“I am praying that the stoppage is not final. I am praying he [President Akufo-Addo] will bring it back again for more discussions to be held for it to be revived because I think that it is in the interest of democracy that we should elect people at the local level including the so-called mayors. Then they will know that they are answerable to the people,” he argued. Background

President Nana Addo Dankwa Akufo-Addo on Sunday, December 1, 2019, addressed the nation where he announced the cancellation of the December 17 referendum.

The referendum was to establish whether or not Ghanaians would want political parties to sponsor candidates for district-level elections.

Articles 55 (3) and 243 (1) of the 1992 Constitution would have been amended by Parliament if the referendum went through successfully.

But President Akufo-Addo cancelled the exercise.

Akufo-Addo also directed the Local Government Minister to withdraw from Parliament the Article 243 (1) Bill which was meant to amend the Constitution to allow Ghanaians to vote for their Metropolitan, Municipal and District Chief Executives (MMDCEs).

Appointment of the MMDCEs is currently done by the President with the prior approval of not less than two-thirds majority of members of the assembly present and voting at the meeting.

But the Bill to amend that was accordingly withdrawn following the approval of Parliament after the President's order.