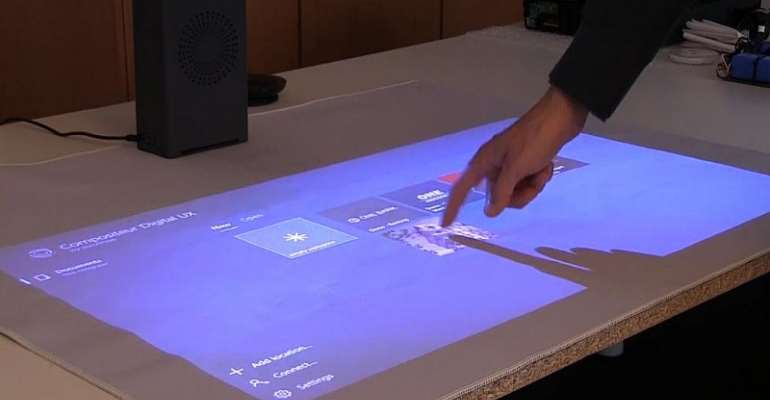 French technology companies will be present again in large numbers at the annual Consumer Electronics show in Las Vegas. Close to 300 startups will be showcasing their innovations at the world's largest tech fair that runs from January 7 to January 10.

The Paris-based startup Adok, which has developed a projector that turns any flat surface into a 40-inch tactile surface, is one of the exhibitors at this year's event.

The technology is based in image recognition. Thanks to an infrared LED source and an infrared camera, the compact projector is able to scan the surface 50 times per second and capture the touch interaction.

An algorithm analyses the shape, movement and size of the touch interaction and in 30 milliseconds sends the x, y coordinates to the Windows 10 computer that is integrated into the device.

The projector also comes with a microphone and a speaker thus enabling a voice interface along with the tactile screen.

The projector can be used for plan reviews, digital whiteboard applications and educational training.

It can be used as a digital whiteboard, for plan reviews and educational training. The projector also comes with a microphone and a speaker that enables voice commands.