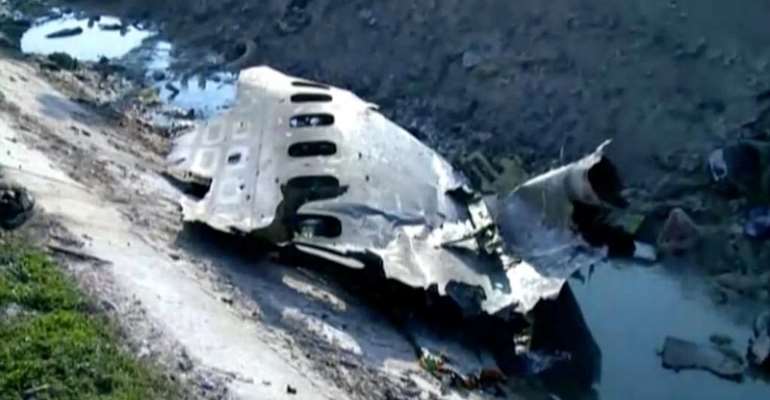 The Ukrainian airliner that crashed outside Tehran on Wednesday killing over 170 people was a Boeing 737 built in 2016 and checked only two days before the accident, according to a company statement.

"The plane was manufactured in 2016, it was received by the airline directly from the (Boeing) factory.

It took off from Tehran airport at 6:10 a.m. and disappeared from radars just a few minutes later, crashing in Tehran province.

There were no survivors among the crew and passengers, who were mostly Iranian and Canadian nationals, according to Ukraine's foreign ministry.

Engine problem?
The Ukrainian Embassy in Tehran said the plane went down "due to an engine problem" and that "an act of terror is ruled out" for the moment.

Iranian search and rescue teams have found the black boxes from a Ukrainian airliner that crashed Wednesday soon after takeoff from Tehran's main airport, the country's civil aviation authority said.

"The two black boxes of the Ukranian 737 aeroplane that crashed this morning have been found," said the authority's spokesman, Reza Jafarzadeh, according to semi-official news agency ISNA.

Ukrainian President Volodymyr Zelensky on Wednesday warned against any speculation.

"I ask everyone to keep from speculating and putting forth unconfirmed theories about the crash," he wrote on Facebook, as he cut short a holiday in Oman and flew back to Ukraine.

Zelensky ordered the creation of a crisis team to handle the accident including top ministers and managed by the country's national security agency.

It was notifying passengers' families and working with aviation authorities "to do everything possible to find the reasons for the aviation accident".

Preliminary statements by Iranian and Ukrainian authorities suggest the plane suffered an engine malfunction, though the airline did not detail any reasons for the accident.

Ukraine's president ordered an investigation into the crash and a sweeping check of "all civilian aircraft" in the country.

Iran, Iraq flighs suspended
In a separate development, a growing number of airlines said Wednesday they were avoiding Iranian and Iraqi airspace or flights to the region after Tehran fired ballistic missiles against bases housing US troops in Iraq.

There was no immediate suggestion of any link with the Iranian missile strikes but carriers including Air France and Lufthansa announced they were suspending flying though Iranian and Iraqi airspace as a precaution.

The US Federal Aviation Administration said it was banning US-registered carriers from flying over Iraq, Iran and the Gulf.