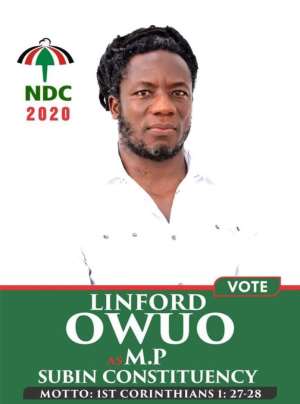 The National Democratic Congress (NDC) Parliamentary Candidate for the Subin Constituency in the Ashanti Region, Lingford Owoo, popularly known as CD has passed on.

Lingford Owoo died at his residence Adankwame in the Ashanti Region at about 12:00 am on Wednesday, January 8, 2020, after a short illness.

Family sources that spoke to otecfmghana.com on grounds of strict anonymity revealed confirmed said, “It’s true that he has passed on.

“It’s very shocking news. It is a big blow to the family,” a source said.