Kumasi Hotel Killing: We Did Not Hear Any Gun Shot — Hotel Manager Explains 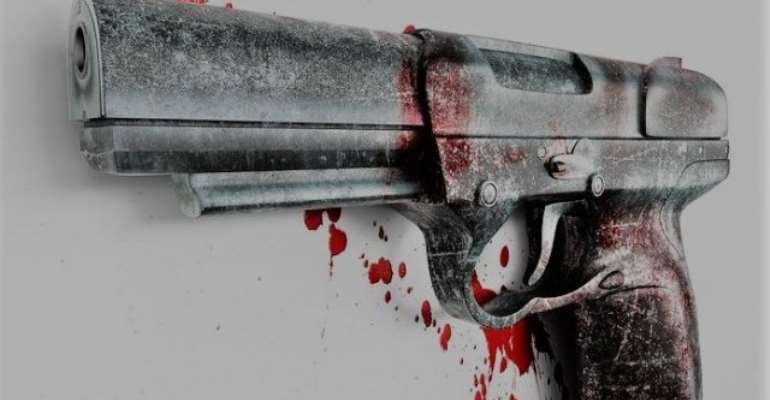 Operators of the Cedar Crescent hotel in Kumasi where a married man allegedly shot and killed his acclaimed girlfriend say their staff did not hear the sound of any struggle preceding the gunshots.

Hotel manager Naa Kela Boadi told Joy News that the 42-year-old Bank of Ghana (BoG) driver, did not declare his Smith & Wesson SD 9mm Pistol to them when he was checking in.

She said Edwin Awuku despite being taking through the checking in procedure “never indicated that he had a gun in his bag.”

Police investigations have revealed that the driver murdered his girlfriend with whom he had checked into the Hotel at Danyame.

They say Mr Awuku shot and killed Comfort Owusu Afriyie alias Maame Yaa, 46, discounting complaints by his wife that her husband and his girlfriend were attacked by an armed robber at the Hotel.

In a statement Tuesday, the police said the suspect last Thursday at about 1 am checked into the said hotel with the victim.

“While in the hotel room, Mr Awuku shot the victim in the chest and killed her, with suspect Awuku sustaining an injury on his left forefinger in the process.

“Mr Awuku then left the Hotel premises unnoticed and drove to his residence at Amakom to inform his wife about the incident,” the police said.

The statement added that Mr Awuku “also dropped the murder weapon and his mobile phone at home and proceeded with the wife to the hotel to raise alarm as though there had been a robbery, drawing the attention of other persons.

“The suspect and wife then went to the Central Police Station to lodge a complaint of robbery and murder.”

There have been questions as to why the hotel workers did not hear of a struggle and subsequent gunshot.

But the hotel manager said this was difficult because “that night, there were parties going on in the area and a church service at the back of the hotel so the staff could not have heard anything.”

Naa Boadi said they got to know he had killed his lover “because after he did it he came to create a scene at the reception. He started making noise and the receptionist who was confused called me.”

“We reported the case to the police and they came around...there was no sign of any armed robbery so they [Mr Awuku and his wife].

The BoG driver was then arrested and is in police custody.

A case docket is being prepared for onward transmission to the Attorney General’s Office for the necessary action, the police said.