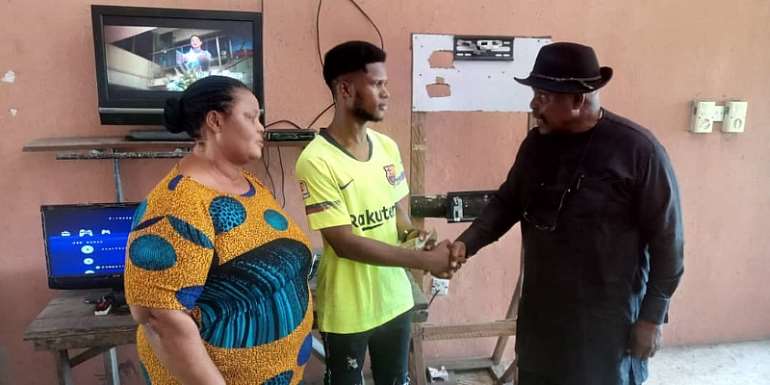 An undergraduate at the University of PortHarcourt, Rivers State, Tombari Akata, has won the December 2019 edition of the Help the Hardworker Project of Princewill Trust Foundation.

Speaking while presenting the cash price of N100,000 to the beneficiary at the school premises, the founder and sponsor of the foundation, Prince Tonye Princewill said the gesture would be his little monthly contribution of giving back to the society while encouraging the hard workers in it.

The Prince, who was represented by Barr. Ken Saronwiyo a retired customary court judge and a Deputy Governorship aspirant in the 2015 elections, said that the presentation is testimony that the NGO will always live up to its own expectations and set goals in order to better the lives of the citizenry.

According to him, as an organization that believes in helping responsible members of the society, Princewills Trust will continue to maintain this important cause, pointing out that the foundation is here to fulfill its objectives and promises for the month of December 2019.

He encouraged hardworking people everywhere to develop an interest and compete as it is a way of changing lives and putting smiles on the faces of people in society. He congratulated the winner for his efforts and enjoined him to spread the good news to others as the foundation will continue to keep its promises.

Also speaking, the mother of the beneficiary, Mrs Anthonia Akata said that she was very happy with the gesture as she did not expect it was real, even when her son told her about the event, adding that she is now convinced that the activities of Princewill Trust change lives.

She prayed to God to bless them in all their endeavours and to do even more to reach many more people.

Responding, the beneficiary and winner of the December 2019 Help The Hardworker Project", Mr Tombari Victor Akata expressed delight with the foundation as it is an opportunity for one to engage even after classes as entrepreneur and thanked all those who voted for him to emerge the winner.

He called on all those who were not so lucky and others to keep trying as the programme is clearly real and could boost business prospects in addition to a certificate after graduation.

This is the third person who is winning the 100,000 Naira cash prize. Previous winners were a shoe maker and a bicycle repairman. As the January edition goes into full swing, who will emerge as the first winner of 2020 remains to be seen. What is clear is that hard work is not only now fashionable in Rivers state, it has become profitable. 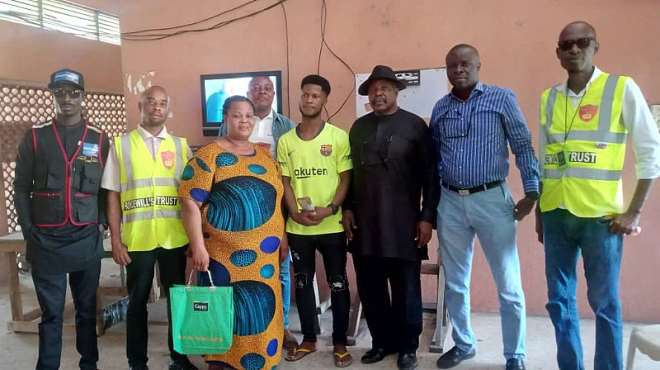