Iran fires 'revenge' missiles at US troop bases in Iraq 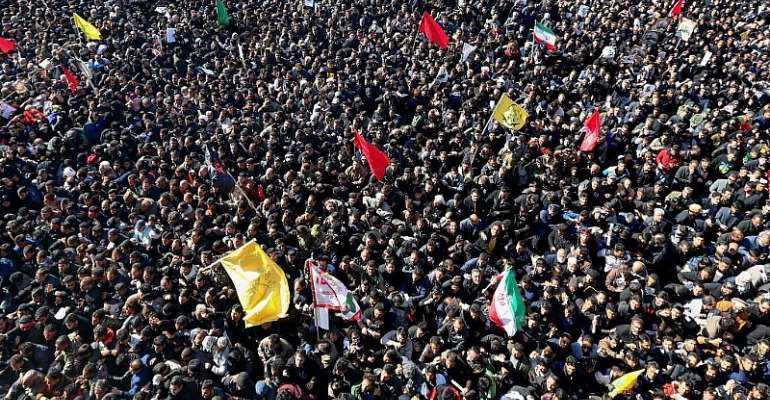 Iran has fired missiles at Iraqi bases housing the US military on Wednesday, according to officials, in the first act of the Islamic republic's promised revenge for the US killing of a top Iranian general. Iran's supreme leader described it as a 'slap in face' delivered to the US.

Launched from Iranian territory and by Iranian forces not a proxy, the attack marked a new turn in the intensifying confrontation between the United States and Iran.

The Pentagon said it was still "working on initial battle damage assessments" after "Iran launched more than a dozen ballistic missiles against US military and coalition forces in Iraq".

"It is clear that these missiles were launched from Iran and targeted at least two Iraqi military bases hosting US military and coalition personnel" at Ain al-Asad and Arbil, the Pentagon said.

The Pentagon said the facilities had been on "high alert" after days of steadily mounting tension and exchanges of threats of war.

The French army also released a statement on Wednesday saying no casualties were reported among French military personnel based in Iraq.

The Iranian Revolutionary Guards Corps announced that the Ain al-Asad base was hit with dozens of missiles, in response to Friday's killing in a US drone strike of Iranian general Qasem Soleimani, one of the most important figures in the country's government.

It warned any US counter-attack would be met with an even "more crushing response" and threatening to strike Israel and America's "allied governments."

"We advise the American people to recall US troops (deployed in the) region in order to avoid further losses and not to allow the lives of its soldiers to be further threatened by the ever-growing hatred of the regime," the IGRC said in a statement.

Cowardly armed attack
But Iran's Foreign Minister Mohammad Javad Zarif seemed to indicate that the missile strikes were over for now.

"Iran took and concluded proportionate measures in self-defence" targeting a base from which a "cowardly armed attack against our citizens and senior officials" was launched, he said on Twitter.

The local FARS news agency quoted Iran's President Hassan Rouhani as saying that "the US has perhaps cut off Soleimani's arm, but Iran would cut off the US' leg."