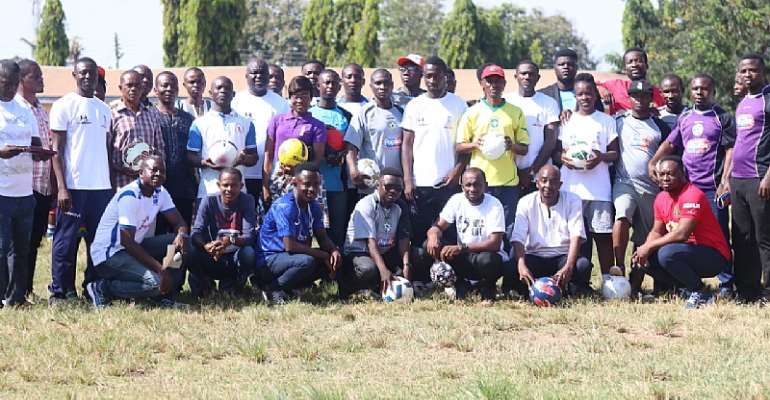 How wonderful it is that nobody needs to wait a single moment before starting to improve the world. These are the cardinal aim of Forsports Foundation, which is using sport for positive social transformations in Ghana and, believes that through structured exchanges as well as capacity-building modules delivered by experienced facilitators; the youth will gain a deeper understanding of the role that sport can play in adjudging specific SDG targets.

The Chief Executive Officer (CEO) and Founder of Forsports Foundation, Mr. Christopher Forsythe in addressing pupils and Teachers to kick-start inter-house sports event dubbed, “Sports and physical activity as part of a healthy lifestyle" at the St. Mary's Primary and JHS in Sunyani last month posited that Sport has long been seen as an important contributor to the advancement of development and peace as it promotes tolerance and respect.

Besides, it helps in empowering women, young people and communities; and to health, education and social inclusion objectives.

He noted that Sport has proven to be a cost-effective and flexible tool for promoting peace and development objectives.

According to him, since the inception of the MDGs in 2000, sport has played a vital role in enhancing each of the eight Goals, a fact that has been recognized in numerous resolutions of the General Assembly of the United Nation.

In resolution 70/1, entitled “Transforming our world: the 2030 Agenda for Sustainable Development”, adopted in 2015, sport’s role in advancing social progress received some prominence.