Factors That Have Contributed To China’s Sustainable Economy 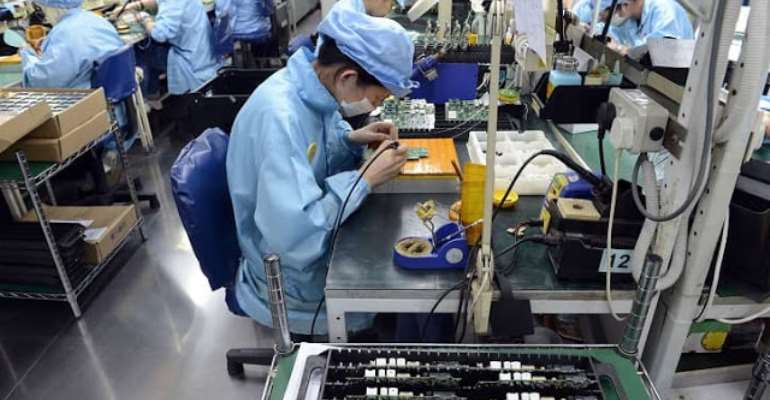 Chinese workers at a technology company
For centuries, China was a civilization that knew how to play a primary and leadership role within Asia until the 19th century when the country experienced a significant cultural, political and economic arrest.

Thanks to Mao Zedong, after the Second World War, the People's Republic of China managed to impose a form of government, the autocratic socialist system which made it possible to guarantee the country's territorial sovereignty, strict controls on the daily life of the Chinese and on costs.

The successor to Mao Zedong in 1978, Deng Xiaoping and the other members of the Chinese Communist Party have started a free-market-oriented economy that has experienced significant national economic development since the new millennium.

China currently has a 7.3% growth in its GDP, given that it will undergo a decrease in the next five years according to expert estimates, reaching 5.5% in 2019. But what were the factors that favored China's economic growth and its worldwide success?

The Chinese economy is set to become the world's first economy. China, in the last thirty years, has experienced an unprecedented economic boom that has allowed the country not only to increase the economic well-being of millions of Chinese citizens but to become an essential world economic.

The impressive new infrastructure and crane forest of ever-expanding cities, both on the coast and inland, symbolize the new history of China for many. The most populous country in the world has started an unstoppable process of transformation and is determined to move as far as possible from the traditional image of the kingdom of bicycles in which it was confined until a few decades ago.

In fact, major changes have occurred since a policy of openness and economic reform was inaugurated in the late 1970s. Far more people have freed themselves from poverty than has ever been done in any other country and in any other era. Furthermore, China has become the world center of production and it is increasingly difficult to imagine something that has not been manufactured there.

Analysts from various political directions have expressed some appreciation for the market reform strategies implemented by Beijing, considering them a good model to imitate. China learned from the Japanese how to manage the process of gradual entry of foreign companies while preparing local companies for the transition.

As seen in the last twenty years, the activity of foreign industries was allowed Chinese companies to learn modern production techniques and acquire managerial skills, as well as higher technological levels. These were interventions implemented a little at a time, in a partial, marginal, often experimental way, and above all without the realization of large-scale privatizations.

Liberalization took place gradually, in selected sectors and initially confined to specific areas. When the experiments failed, the project was suspended or revised; instead if successful it was quickly extended and replicated in other areas.

The Chinese reform process can be divided into four phases: gradual opening up to the world economy and political reformulation 1978 – 1986, application of the so-called 22 provisions, which created a more favorable context for foreign investors 1986 – 1992, affirmation of China as a world trade power and a major recipient of foreign direct investment 1992 – 2001, entry into the WTO in 2001and subsequent initiatives.

This type of development has allowed the government to maintain its role as a stabilizing force during the transition and to facilitate a decentralized decentralization. In contrast to supporters of the neoliberal line, China's gradual transformation shows that this model is less harmful than the total shock caused by sudden and general privatization.

Exports played a key role and the Chinese economy relied more on foreign industries to continue their rapid growth, especially in the high-tech sectors. The growing centrality of exports and foreign investments has made evident the dependence of the economy on the global market and on investment agreements, but above all on the WTO.

After fifteen years of negotiations, institutional and procedural preparations concerning international trade and investment, China has finally become a member of the WTO. The domestic market has been open to foreign goods and services, and favorable investment conditions have been guaranteed.

The liberalization of the economy in two decades can be easily understood by considering the percentage of Chinese exports attributable to foreign-invested enterprises: this has gone from 1, 9 % in 1986 to 57% of 2004. Since China joined the WTO in 2001, more than 2,500 regulations and laws have already been amended to meet its provisions and 800 more have been abolished.

Before the reforms, the entire population enjoyed access to land, health and primary education. After reforms and integration into the global market economy, class relations and social conditions have dramatically changed. The country has become the preferred recipient of foreign investors thanks to the attractive advantages it offers: reduced tax rates for foreign direct investments.

Most analysts say that the next overtaking will not be very long, as America can’t continue to be number one in the world. With a population of just over 300 million compared to China’s 1,3 billion people, the US is certainly at a distinct disadvantage.

While America is wasting time arguing about petty and trivial matters on illegal immigrants and finding clandestine means to reduce the population in third world countries with biological weapons, China, on the other hand, is using its mass population to advance its economic goals. The 1.3 billion people have become 1.3 potential consumers and they will continue to push the economy forward.

African leaders now depend on China to develop the continent after decolonization but why it hasn’t been a crucial issue for the Dark Continent’s leaders to go after a piece of China’s mind?

In January 2019, China's total funding, including bank loans, off-balance loans, shares, and bonds, reached a record 4.64 trillion yuan ($ 685.18 billion), which is 52% higher than in January 2018. As long as lending growth remains steady, the risk of a significant economic downturn remains small. Chinese economic growth may be volatile, but the risk that it will stop is small.

When a democratic country is faced with a recession, voters can strip the power of the ruling party. Chinese voters do not have such an opportunity, which means that a recession could lead to the collapse of the entire regime. Since the stakes for the Chinese Communist Party are very high, the People's Republic of China will make every effort to get out of this situation.