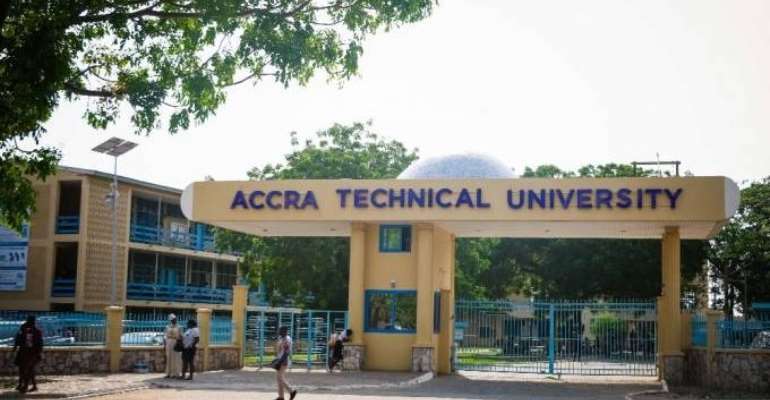 The Students Representative Council of the Accra Technical University, (ATU) is disappointed in government for failing to honour its part of the agreement with the technical university lecturers who are currently on strike over some unpaid allowances.

This follows the move by the Technical University Teachers Association of Ghana, TUTAG, to declare another indefinite strike in demand for better conditions of service.

Speaking to Citi News, Deputy General Secretary of the Accra Technical University SRC, Edward Moses Kwame Zutah told Citi News that, government could have done better to prevent such an action by the lecturers.

“Our dear lecturers in other public universities enjoy. We believe that government could have done better in its handling of the case. Government shouldn't have waited till now for the situation to get to this level. And they are not even trying to pay attention to the lecturers. We as the Student Representative Council will say we are very disappointed in our dear President,” he stated.

This is in protest of the non-payment of allowances due its members following the conversion of polytechnics to technical universities.

But the December 27 strike was called off after about six hours because according to TUTAG they had received information that the NCTE was requesting for certain data from the Controller and Accountant General department to facilitate the payment.

Members of the Technical University Senior Administrators Association of Ghana (TUSAAG) are also on strike over issues to do with their salaries.

TUSAAG is to meet with goverment today, Wednesday, over the strike.

The members of the association will be meeting with the government side made up of the National Council for Tertiary Education (NCTE), Ministry of Employment and Labour Relations and the Fair Wages and Salaries Commission (FWSC).