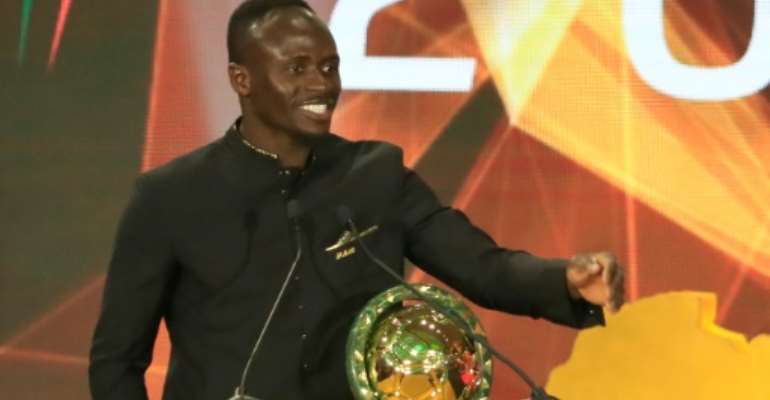 Sadio Mane was in Hurghada to collect his African Player of the Year award. By Khaled DESOUKI (AFP)

Liverpool star Sadio Mane was crowned on Tuesday as Africa's 2019 Player of the Year for the first time at an awards gala in Egypt on Tuesday.

The 27-year old Senegalese striker was up against his Liverpool teammate Mohamed Salah, the Egyptian who won the award the last two years, and Algerian Riyad Mahrez of Manchester City.

"I am really happy and at the same time I am really proud to win this award," said Mane at the ceremony organised by the Confederation of African Football in the Egyptian Red Sea city of Hurghada.

Mane scored 34 goal and produced 12 assists in 61 appearances in 2019, according to CAF statistics.

Neither Salah nor Mahrez, who was playing for Manchester City, attended the CAF's awards gala on Tuesday.

The award for the youth category was given to Morocco's Achraf Hakimi of Borussia Dortmund.

The Egyptian Football Association also won the Federation of the Year award.