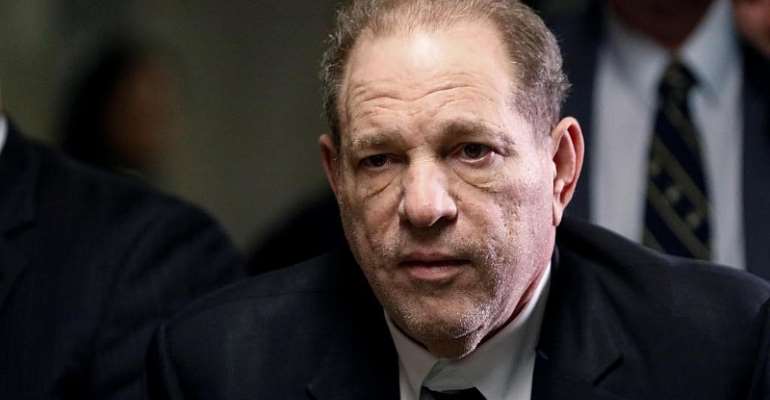 The trial of the former movie mogul Harvey Weinstein on charges of rape and sexual assault is being watched closely in France, where sexual abuse by powerful men is in the spotlight.

As Weinstein's criminal trial got underway on Monday in Los Angeles, on the other side of the Atlantic, doctors and health professionals gathered at Unesco's sprawling headquarters in western Paris for a two-day symposium to reflect on the gains made in tackling sexual violence.

Inside a dimly lit conference hall, far away from the hype and hysteria of the Weinstein trial, television footage of the Canadian writer Denise Bombardier calling out French author Gabriel Matzneff for pedophilia was aired.

The three minute excerpt from the 1990s set a defiant tone at the seventh international conference on sexual violence.

Matzneff, known for his love of sex with teenage girls and boys, is ripped to shreds by Bombardier in the famous chat show Apostrophes. She accuses him of hiding behind his literary aura to carry out what she described as abominable acts.

Once finished, the participants at Unesco draw parallels between operators like Matzneff and Weinstein, who use their position to exploit vulnerable people.

"The footage clearly shows that there is a serious problem in France about the perception of sexual violence, which is minimised," said Violaine Guérin, a gynaecologist and president of the organisation Stop aux violences sexuelles, which organised the event in Paris.

Sexual violence ignored
Matzneff, 83, has denied any wrongdoing. But he is being investigated by French prosecutors after publisher Vanessa Springora wrote in her new book Consentement how she was left scarred at the age of 14 by her experiences with the then 50-year-old writer.

On Tuesday, the prominent publishing house Gallimard suspended its contract with Matzneff.

"Given the police inquiry into the allegations of rape against M Matzneff, we have decided to stop our collaboration with him," it said.

The investigation into Matzneff's alleged sexual misconduct has plunged France's literary world into a state of soul searching similar to the #MeToo movement in Hollywood.

If "Weinstein” has come to epitomise an ongoing global reckoning with sexual abuse, Guérin says that in France there is still resistance in acknowledging the gravity of the phenomenon.

"In France, one in four women and one in six men experience sexual abuse in their lifetime. Successive governments have made a lot of proposals to end this but have not backed them up."

One of France's most notorious cases highlighting high-level impunity, emerged in 2009 when the then culture minister, Frédéric Mitterrand, stared down calls to resign over his book La Mauvaise Vie which recounted a plethora of lurid encounters with male prostitutes in Thailand.

#MeToo backlash
Just over a decade later, the #MeToo movement has catapulted sex abuse claims to the forefront. Yet the tone of the campaign has sparked a backlash against women, campaigners say.

"Today, victims [of sexual violence] are questioned about the veracity of their complaint," said Florence Tilkens, in charge of international development within the organisation Stop aux violences sexuelles.

"Some men are even saying that they are victims of a kind of anti-male propaganda, so there have not been many trials, many appeals, or many results, which makes us say that #MeToo had this boomerang effect two years on," she told RFI.

"When it started there were lots of expectations but the benefits have not materialised."

On Monday, hours before the start of his trial for sexual assault, Weinstein was charged with four more counts of rape and sexual battery.

For Tilkens, his fall from grace is not enough.
"I think that all of Hollywood should be reformed because this industry is pushing people like Weinstein to believe that they are absolutely powerful and can take advantage of people who are not so powerful."