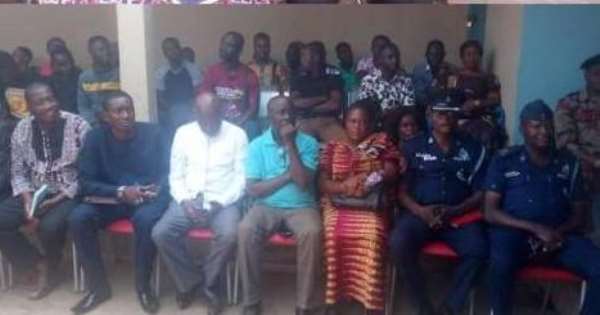 The family of the driver, allegedly murdered by some police officers at Adomfe in the Asante-Akim South Municipality in October 2019, has rejected an autopsy report of the deceased.

They said the death of their relative which was attributed to hypertension and other heart-related issues was unacceptable.

The autopsy report said to have been performed on the body on the deceased at the Konongo Government Hospital by a pathologist brought from Kumasi, at the instance of the Ghana Police Service, has been treated with a pinch of salt by the family of the deceased.

Alfred Kofi Ampomah died at the Konongo Government Hospital on October 15 when some police personnel from the Kononogo Division sent him to the facility for medical attention after arresting him during an operation the previous night.

The police were said to have beaten the driver to death when he was arrested for a crime he allegedly did not commit.

The family consequently petitioned the Inspector General of Police (IGP) for an independent autopsy to ascertain the real cause of death to ensure justice before the burial of their relative.

Nana Appiagyei, spokesperson for the family also called on the government to cater for the cost of the funeral and pay compensation to the two surviving children of the deceased.

He made these demands when the Acting Regional Coordinating Director, Emelia Botchway led the Regional Security Committee (REGSEC) to visit the family to discuss the way forward and arrangements to bury the deceased.

Commissioner of Police (COP) Akwasi Mensah Duku, the Ashanti Regional Police Commander, said the police would not shield any personnel found culpable in their investigations.

He said three of officers were interdicted following preliminary investigations, assuring them that his outfit would pursue the case to its logical conclusion.

He commended the family and the community for their cooperation so far and urged them to trust the police to deliver justice in its investigations.

Alexander Frimpong, the Municipal Chief Executive (MCE) of the area and the Member of Parliament (MP), Kwaku Asante-Boateng, gave the assurance that they were keenly following the case to ensure that justice is served.