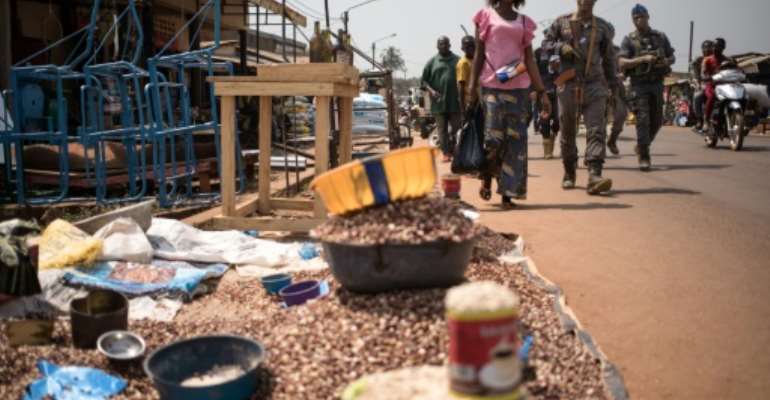 Police have resumed patrols in a flashpoint district of the Central African Republic's capital, 20 months after being forced out by militia groups, an AFP reporter said Tuesday.

The Domestic Security Forces (FSI) -- the CAR police and gendarmerie -- were patrolling the main streets of the PK5 district, accompanied by UN peacekeeping troops.

The PK5 is a notorious trigger for violence in the CAR, one of Africa's poorest and most troubled countries.

The district became a theatre for clashes after the country's then-president, Francois Bozize was toppled in a coup in 2013.

Militias then moved into PK5, claiming to act as self-defence groups but forcing traders to pay "taxes."

In April 2018, an operation to pacify PK5 failed disastrously and the security forces were completely forced out of the district.

Tensions in the district came to a head last month when traders, outraged by the racketeering, took up arms against the militiamen and ousted them. More than 30 people died. 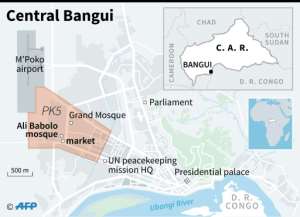 The patrols began last week, "but it's not enough -- we need more patrols if we want peace to return," he said.

The fighting between the pro-Christian and Muslim militia in 2013 prompted the intervention of former colonial power France under a UN mandate.

Bozize's successor, Faustin-Archange Touadera, was elected in 2016 and governs with the support of MINUSCA, a 14,700-person UN peacekeeping force.

But most of the country lies in the hands of armed groups, who often fight over the country's mineral resources.

The long conflict has forced nearly a quarter of the country's 4.7 million people to flee their homes.

The United Nations estimates that two thirds of the population depends on humanitarian aid to survive.

The country is ranked next-to-last after Niger on the 2018 UNDP's Human Development Index, which compares longevity, education, and income per capita. Life expectancy is just 52.9 years.

There have been repeated peace agreements between the government and armed groups. The most recent, signed on February 6 last year, has lessened the intensity of the violence but not ended it.

Don't succumb to pressure to support LGBTQI agenda – GMM to ...
52 minutes ago