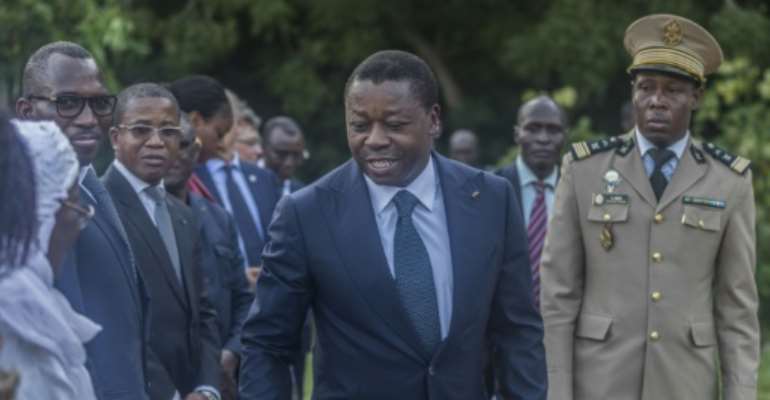 Togo's President Faure Gnassingbe on Tuesday confirmed his candidacy for elections next month that look set to see him claim a fourth term and extend his family's decades-long rule.

The incumbent has been in power for nearly 15 years since taking over after the death of his father Gnassingbe Eyadema, who led the small West African nation with an iron fist for 38 years.

Togolese lawmakers last May approved a constitutional amendment allowing Gnassingbe to run for office again in 2020 and 2025.

Union for the Republic (UNIR) party secretary Aklesso Atchole said it was the "unanimous will of members" for the president to stand again as its candidate at the vote on February 22.

"Activists wish to see me still wearing our party colours in the presidential election. I thanked them and in all humility, I accepted," Gnassingbe told journalists.

Gnassingbe's reelection appears overwhelmingly likely despite a spate of major demonstrations in recent years against his grip on power and plans to run for a fourth term.

The protests largely fizzled out in the face of a crackdown from the authorities and internal squabbles have seen the opposition fail to keep up momentum.

Around a dozen civil society and opposition figures including veteran challenger Jean-Pierre Fabre have announced their intention to stand against Gnassingbe.

Any hopeful wishing to stand has until Wednesday to file their candidacy with the country's election authorities.