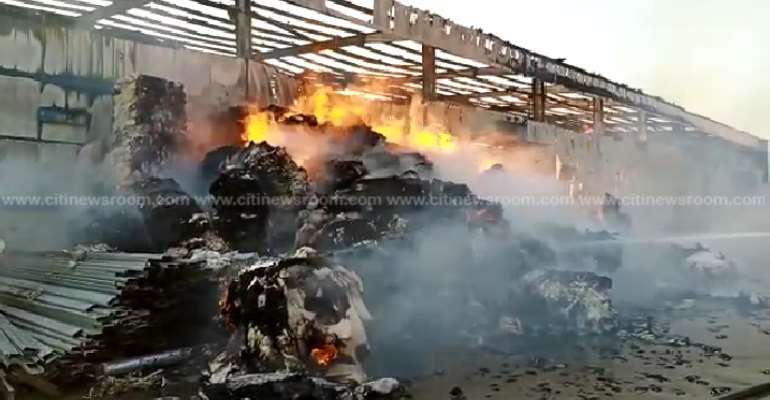 The total number of recorded fire incidences in the Region also soared from 161 reported incidents to 193.

Abraham Nii Dodoo, the Divisional Officer Grade One (DOI), the Upper West Regional Commander of GNFS released the statistics to the Ghana News Agency in Wa.

Domestic fires, which topped the chart in both years saw a marginal decrease from 66 reported incidents in 2018 to 65 in 2019.

The statistics indicate that bush fires, which recorded 27 incidents in 2018, jumped to 51 incidents in 2019, while vehicular fires also scaled up a bit from 14 to 16 incidents respectively.

Commercial fire incidents recorded a decrease from 27 incidents to 24, whereas fires resulting from accidents also decreased from 10 to six, according to the statistics.

Meanwhile, electrical fires increased from 11 in 2018 to 14 incidents in 2019, while both years recorded only one industrial fire incident each.

Institutional fires also increased from five to nine incidents respectively, while other recorded fire incidents rose from zero in 2018 to seven in 2019.

December recorded the highest number of 36 and 44 fire incidents in 2018 and 2019 respectively.

He also cautioned drivers and car owners to ensure proper electrical works and other maintenance schedules on their cars to ease the risk of fire outbreaks and ensure the protection of their property.