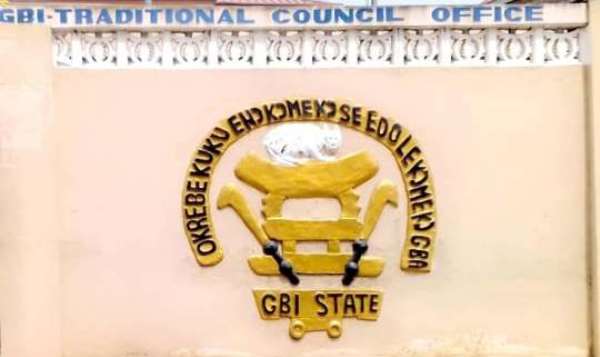 The Gbi Traditional Council in Hohoe in the Volta Region has declared a ban on noise making in the traditional area from Friday, January 10 to Saturday, January 18, 2020.

The ban is to enable the Gbi State to perform “an important traditional custom in the area,” a statement from the Council said.

“The Gbi Traditional Authority wishes to inform you that the Gbi State as from Friday the 10th to Saturday the 18th January 2020, will perform an important traditional custom in the Traditional area and would require from individuals as well as groups and organizations to desist from any form of noise-making activity which includes wake-keeping, burial and funeral rites, open crusades, weddings, all nights, noisy dawn trotting, drumming and dancing, etc. in their own interest,” it said.

The statement signed by Togbe Worde IV, Divisional Chief of Gbi-Kpeme, distributed to religious bodies and corporate organisations within the traditional area, further stated that “the Gbi State requires total calmness to prevail during this period.”