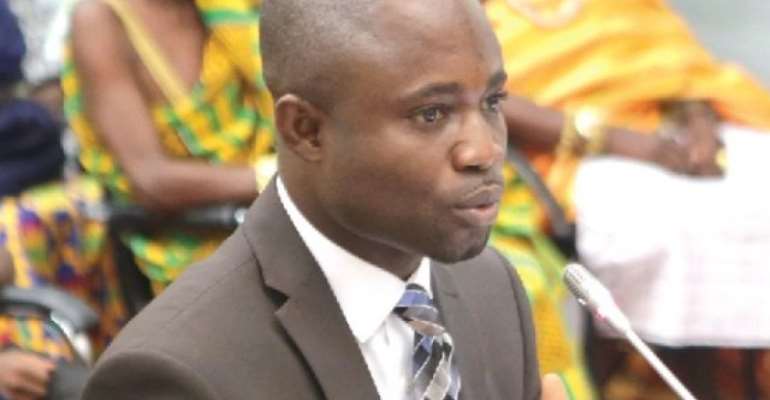 The Concerned Youth of Juaboso in the Western North Region has asked the Member of Parliament for the area, Kwabena Mintah Akwandoh not to ever politicise the ambulance distribution schedule.

In a statement signed by Thomas Ohene Ntow, a Youth Leader and Sakpaku Prosper, Public Relations Officer of the group, they expressed their disappointment in their MP for criticising the government over the delay in distribution of the ambulances when he was "guilty" of the same matter.

They backed government's plans to ensure due processes and operational systems are put in place before the distribution of the 275 ambulances procured for the 275 constituencies.

On Monday, January 6, 2020, Mr Akandoh criticised government on an Accra-based radio station over the delay in distributing the ambulances.

They indicated that ordinarily, it was a good call by the MP, but insisted that due processes and good operational systems must be ensured for effective and efficient utilisation of the vehicles.

The youth further claimed it took the MP a year-and-half to procure a second-hand ambulance for the Juaboso Government Hospital and held a durbar at Proso-Kofikrom, a suburb of Juaboso, to launch the ambulance.

After this, an Ambulance Working Committee was established to manage it.

Before then, the Ambulance was parked at the Hospital premises for three good months before its operationalisation, the press said.

"Therefore, it is unacceptable to hear the same MP who spent 21 months to procure an Ambulance, which he attributed the delay to the adherence of due diligence criticising government on the same matter he was guilty of," the statement read.

We are, therefore, appealing to the public to disregard the MP’s allegations and allow government to train personnel and fix good operational systems to ensure their effective and efficient management and utilisation.