Ghana Is 142 On Human Development Index 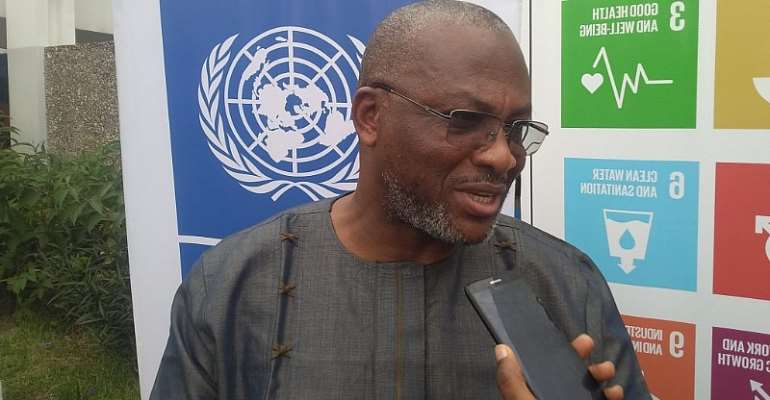 The United Nations Development Programme (UNDP) has ranked Ghana among 12 other African countries in the medium development group of the 2019 Human Development Report which seeks to measure the socioeconomic progress of countries.

With a global ranking of 142 out of 189 countries and a Human Development Index (HDI) of 0.596, Ghana joined the group that included other African countries like Angola, Cape Verde, Cameroon, Congo, Equatorial Guinea, Eswatini, Kenya, Namibia, Sao Tome and Principe, Zambia and Zimbabwe.

Highlights of the report which was titled, “Beyond income, beyond averages, beyond today: Inequalities in human development in the 21st century” indicated that while gaps in basic living standards are narrowing with unprecedented number of people escaping poverty, hunger and diseases, new equalities in terms of access to tertiary education, seismic effect of technology and climate crisis are emerging.

Speaking at a media briefing in Accra on Thursday, UNDP Economic Specialist, Kordzo Sedegah, explained that comparison of performance among countries should be along similarities in demographic such as population size.

He, therefore, said that Ghana had performed well as compared to countries with similar size of population like Cameroon and Kenya who were ranked 150 and 147 respectively.

He also explained that a country may be ranked lower despite recording an increase in HDI from previous ranking as a result of competitiveness among other countries.

Frederick Mugisha, who is a UNDP Economic advisor, called for a rethink in how to build resilient local economies and measure human progress.

He cited an example by saying that a measure for long and healthy life should be about expanding opportunities for people to avoid premature death and disability rather than life expectancy while “access to knowledge should be about broadening the horizon of what is possible, not just years of schooling”.

“In measuring decent standard of living, we need to move beyond basic needs to a life of genuine choice and freedom,” he added.

Seychelles with a ranking of 62 and an HDI of 0.801 has for the first time joined other African countries that included Botswana, Gabon, Mauritius and South Africa high in the high human development group of the report.